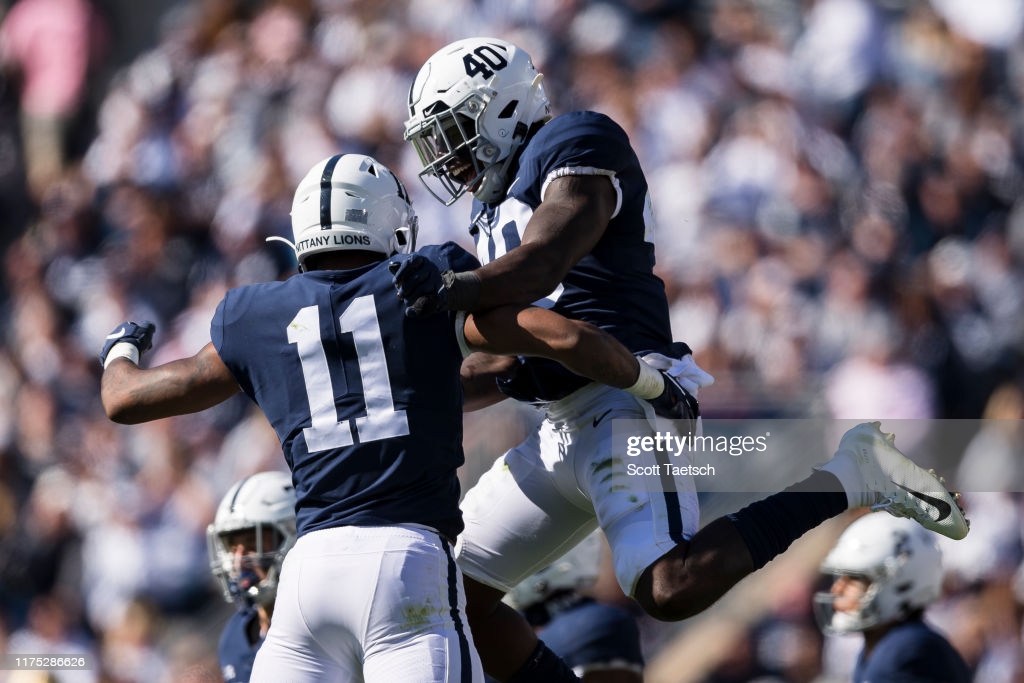 This article started with some discussion in the comments section to Tom Mead’s recent mock draft. Tom tossed a curveball by picking ILB Nick Bolton in Round 1, with the even higher rated ILB’s Micah Parsons and Zaven Collins as alternative names. Good pick or bad? In my opinion, the answer lies 100% in positional value. Or to put it another way, in how we view the future of the Buck ILB position in a modern Steelers defense.

I am qualified to frame that question. That’s the purpose of this article. I am not qualified to answer it. That will depend on all of you who understand the X’s and O’s a little better.

Bang For The Buck

Draft picks, and particularly Round 1 picks, need to be measured by calculating the impact that prospect will have on the field if all goes as planned. “Impact” is measured by multiplying two factors: the quality of every snap he plays, and the number of snaps he earns. Higher quality play has a bigger impact, and so does making more plays.

All of that is pretty straightforward, with off-field and locker room contributions as an important third leg of the stool that does not matter for this discussion.

That bang-for-the-buck calculation has gotten harder in recent years because sub package defenses have altered the snap counts in drastic ways. Simplifying to round numbers, let’s say that full time starters earn about 1,000 snaps per year. In the old LeBeau defense, that made a total of 2,000 snaps to be divided among the Buck ILB and the Nose Tackle. In today’s defense those 2,000 snaps get divide three ways, with 600-something going to each of the Buck, the NT, and the Nickle DB.

Worse, that situation exists because sub packages seem to be the only counter to “look for the mismatch” modern offenses. Consider the screaming fits that fans have when we see Vince Williams getting stuck in coverage against a skilled WR. That is a win for the offense. Not because VW is a “bad” player, but rather because the opponent has contrived a way to put him in a position that neutralizes his strengths, and plays up his limitations. The defense counters that by reacting to offensive substitutions with different players of its own, such as removing Williams and putting Mike Hilton in his place instead.

All of which means the offense can often control which sub package player the Steelers end up using. If the opponent fears Hilton more than the others, they can scheme him off the field by moving to heavier sets. Just as multiple WR sets can scheme NT’s off the field, and Fullbacks or Tight Ends can require the defense to bring in the Buck ILB.

Impact On The Draft

Bottom line time. If the Buck ILB position tops out at 600-something snaps per year, rather than the 1,000 expected of a full time starter, then even a genius at the position would be a bad pick for the Steelers in Round 1. The limited number of snaps would put too hard a cap on how much benefit they’d provide. [NOTE: Rotating snaps with Devin Bush does not change that calculation, because it’s just a 1:1 exchange.]

But is that division of snaps a matter of destiny, required by the rules of modern defense? Or is it something that would change if the “right” Buck ILB could be added? That is the question we need to answer.

Assume that someone like Parsons, Collins, or Bolton really is all that he’s advertised to be: a Buck ILB who can both cover like a Safety on pass plays and thump in the middle on runs. How could the offense scheme him off the field, short of limiting itself to 5 WR sets? That isn’t winning football from an offensive point of view. Ain’t gonna happen. So does that mean the right Buck ILB – a true genius athlete – really could get the requisite 1,000 snaps per year? With the remaining 1,000 getting split only two ways, between the NT and the Nickle DB?

If so, that Buck ILB would be a particularly good value, because he would give Keith Butler unending new ways to disguise what the defense is planning. He’d raise all other boats in addition to the value of what he does directly. And add some important depth, since we know how much this defense suffers when it’s missing that central star in the midfield.

I cannot answer that “What if…” I understand the X’s and O’s only well enough to explain the problem. But I would really, really like to know the answer because it controls so much of how we need to rank the Buck ILB’s, Nickel DB’s, and NT’s on my Big Board.

Do you have that knowledge? If so, please join these comments with your thoughts and observations. Let’s get the hive mind going for a good, deep dive into the mysteries of a modern NFL defense!