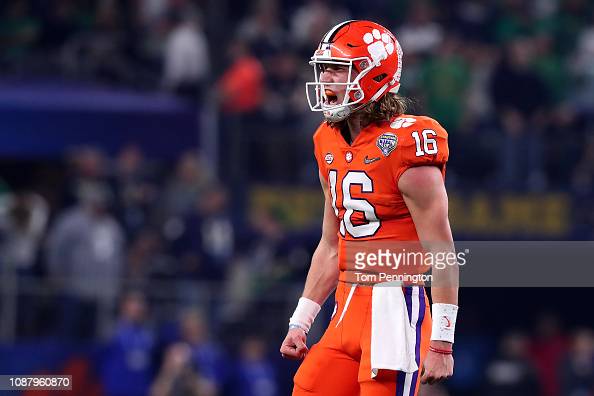 While the Pittsburgh Steelers have zero chance of drafting Trevor Lawrence, they’re at the least doing their homework on the top quarterback in this class. According to a tweet from NFL Network’s Ian Rapoport, the team sent personnel to watch Lawrence throw during his workout today.

Lawrence is holding an individual workout with Clemson having the rest of their Pro Day March 11th. So the Steelers are there specifically to watch him. They’re there with plenty of other teams who also won’t be drafting Lawrence, the slam-dunk #1 pick of the Jacksonville Jaguars, but it’s indicative of a team trying to gather as much information on this quarterback class as possible. The best way to evaluate the group is to watch its top prospect and use it as a measuring stick for any other quarterback evaluation.

It’s unclear exactly who the Steelers sent. Teams can only send limited personnel to Pro Days due to COVID restrictions. But we’ll update this post if/when we find out.

Lawrence is the top quarterback in his class, one of several projected to go in the first round. Others include Zach Wilson, Justin Fields, and Trey Lance. Mac Jones and Kyles Trask are also in the first-round mix, too. The latter three names are the ones most likely for the Steelers to chase after in April’s draft.