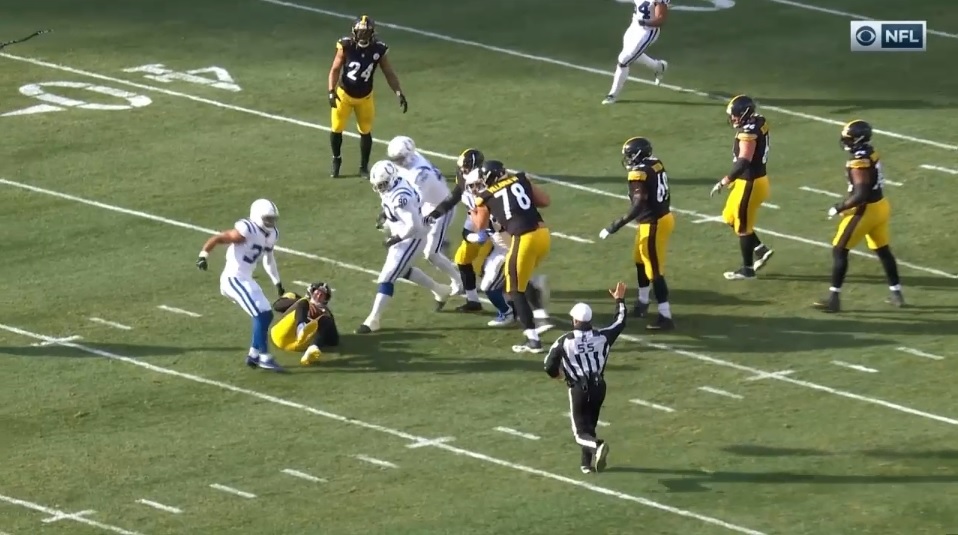 If CBS’ predictions come true, 2021 won’t be a good year for the Pittsburgh Steelers. In a recent article, Pittsburgh was one of five teams projected to fall off a cliff for this upcoming season. Despite their 12-4 finish in 2020, CBS’ Jeff Kerr envisions a much tougher road next year.

Here’s what he had to write:

“Pittsburgh couldn’t run the ball effectively and its receivers dropped passes at an alarming rate. This was an issue all season, not just in December and January. The Steelers didn’t even try to run the ball late last season, nor could they throw the ball deep because Ben Roethlisberger was 38 and coming off elbow surgery. Let’s not forget Roethlisberger lost his mobility and is relegated to being a pocket quarterback. Roethlisberger is coming back at 39 and the Steelers still can’t run the ball — not to mention JuJu Smith-Schuster is likely leaving in free agency and Pittsburgh is a projected $30 million over the salary cap.

Roethlisberger has to restructure his contract and the Steelers have to find a way to improve this roster to give their franchise quarterback one last chance at a Super Bowl. Here’s the problem: Baltimore and Cleveland are in the AFC North and only getting better and Pittsburgh plays a first-place schedule. The Steelers look destined for third in the AFC North and a rebuild starting in 2022.”

Nothing Kerr says there is unreasonable or inaccurate. The Steelers don’t need to wait until next season to fall off a cliff. That descent began over the final few weeks of this past season. They became the first team in NFL history to start a season 11-0 yet finish with four losses. Pittsburgh went 1-4 over the last five weeks of the season before a devastating Wild Card defeat to the Cleveland Browns. The issues Kerr laid out, lack of a run game, no vertical component in the pass game, were all reasons why.

And that road doesn’t get any easier for next season. The cap situation isn’t good, even if they might not be in the “cap hell” some think they are, and there’s a slew of starters about to hit free agency. These were all warning signs we wrote this past summer when we wrote, “Enjoy 2020 – It’s Pittsburgh’s Best Shot For A Super Bowl.”

Now that prediction has become reality. The Steelers will have a worse roster in one of football’s toughest divisions. I won’t go as far to agree with the assessment the team is “destined” to finish in third place but it won’t be a surprise if they do either. Certainly winning 12 games next season seems like a daunting task.