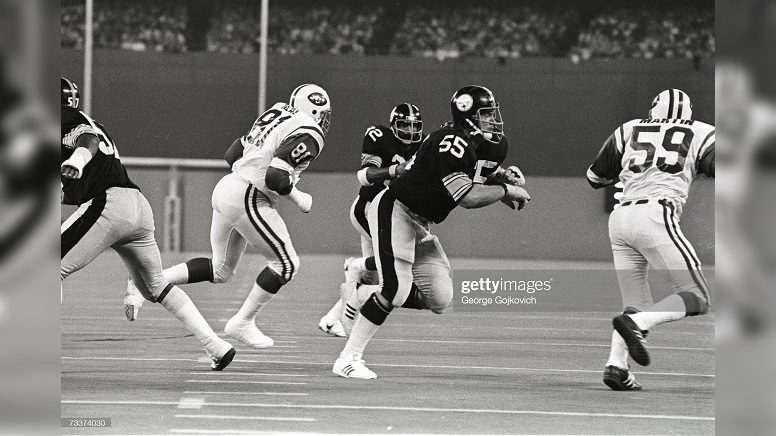 It goes without saying that the Pittsburgh Steelers running game was awful during the 2020 season. Just how bad was it? It was so bad that a few former Steelers who were part of the 70s super Bowl championship teams have gone on record this week in radio interviews to voice their displeasures with how the 2020 team performed in the running game and how it sorely needs to be fixed pronto.

On Tuesday, Steelers Hall of Fame running back Franco Harris made a point during his interview with CBS Sports Radio to talk about Pittsburgh’s lack of a running game during the 2020 season.

“I hear Ben’s [Ben Roethlisberger] coming back which is great,” Harris said. “We have some great, great young receivers that I’m really excited about. But me being a running back, we have to get that running game going. To me, that’s the most crucial part of the game is the running game, so we need to put some focus on that.”

"I hear Ben's coming back which is great, we have some great young receivers… but me being a RB we have to get that running game going."@francoharrishof on the Steelers offense in 2021#HereWeGo pic.twitter.com/eGg72QBRs0

Harris, however, isn’t the only former Steelers great to go on record this week about how lousy the 2020 teams running game as former offensive lineman Jon Kolb did as well during a Wednesday interview on 93.7 The Fan.

“If you watch the film of last year, I sometimes had to turn the game off, Kolb said of the Steelers 2020 running game.

So, what drove Kolb the most nuts last year when it came to the Steelers offensive line play and run blocking? Their heavy use of zone run blocking.

“And just from a biomechanics, and that’s when I got to teach at Youngstown State, you don’t take a step back when the defensive end – when Joe Greene and L.C. Greenwood are standing in front of you, you don’t take a step back and then expect to blow them off the ball,” Kolb said. “And that’s what they were teaching last year. And over and over again, all you got to do is watch the film. Just watch the film. And it was driving me nuts.”

Kolb had more to say about why he’s not a fan of zone blocking.

“You’ve got to step up into it,” Kolb said. “And hopefully, they’ll just get that. They’ve got guys that are athletic, that are capable, but you cannot step back four inches and give the defensive line that four-inch advantage because you’re not going to get anybody moved off the ball.”

Kolb made sure to also point out during his interview how he and the other members of the Steelers offensive line were taught to block for Harris and fellow running back Rocky Bleier back in 70s.

That’s certainly not bad advice on Kolb’s part. It’s too bad that he and Harris can’t come out of retirement to give the 2021 a few lessons when it comes to getting the teams running game back on track. Harris, in case you’re curious, make it clear during his Tuesday interview that he won’t be returning to the Steelers in 2021 to help boost the team’s run game.