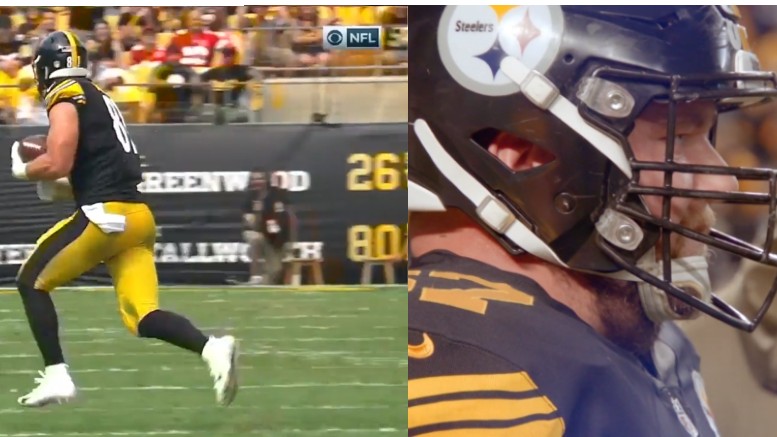 Kevin Colbert’s offseason could combine his two favorite pastimes. Cheap veteran contracts and reuniting with former Pittsburgh Steelers. It’s a good thing too. Because this team might not have a lot of options come the start of the new league year.

Three names at positions of need could find themselves circling back to the Burgh. Center/guard BJ Finney, offensive tackle Kelvin Beachum, and TE Jesse James all make sense signing with the team over the next few months. None will break the bank, none will radically fix all this team’s ills, but they’re veteran, stopgap options the Steelers love to target.

Bringing back ex-Steelers has become commonplace. Many players leave searching for more money, better opportunities, only to realize the grass isn’t greener. In the last decade, names like Bryant McFadden, Larry Foote, and Antwaan Randle El have all come, gone, and returned.

Here’s why Finney, Beachum, and James could all do the same.

First, Finney needs to be cut. Signed to a two-year, $8 million deal by the Seattle Seahawks last season, he quickly fizzled out there. After failing to play a single offensive snap for them, Seattle quickly dumped him in a trade deadline deal with the Cincinnati Bengals for DE Carlos Dunlap. But Finney rode the bench there, appearing in just one game (two special teams snaps vs Pittsburgh) and carries a $3.1 million base salary heading into 2021. No way will the Bengals hold onto him for that. So cutting him is the most logical way to get out of the contract. Given he’s coming off a year where he essentially didn’t play, Finney shouldn’t command much more than the veteran minimum on the market. Which puts him squarely in the Steelers’ wheelhouse, even on a one-year deal.

The need for a player like Finney is obvious. Maurkice Pouncey’s retirement has left a huge hole at center. There’s no in-house replacement and barely anyone you could remotely advocate for. The only player on the roster whose taken an NFL snap at center is JC Hassenauer. In no world should Hassenuaer even be competing for the starting job. He’s not going to improve the 32nd ranked rushing offense and will actively make it worse. Finney is no savior either but he is an upgrade. He played well with the Steelers and Pittsburgh probably wanted to keep him. But he was chasing money and a starting job, two things Pittsburgh couldn’t provide.

Even if Finney signs and loses the starting center job to a rookie, he’ll have value as a backup center/guard. Preferably, that should be his role. The focus on the Steelers’ offensive line was rightly been on the starting tackles and center but their interior depth is minimal after losing Fred Johnson in 2019 and Derwin Gray in 2020. If on the bench, Finney is a trusted option to play center or either guard spot.

As a UDFA, Finney was thrilled to become a Steeler. A life-long fan, he was crying when he announced to friends and family he was joining the black and gold. He left for understandable reasons. But now, he should have the chance to come right back.

Dave Bryan’s written several informative articles on why bringing Beachum back makes sense. I don’t have much new to offer so go read what he’s said because I completely agree. Veteran player to an offensive line losing key leadership the last 12 months – Ramon Foster last year, Pouncey this year. His college coach Adrian Klemm is now the o-line coach in Pittsburgh, Beachum’s evidently a big fan, and he can be the vet insurance policy against any rookie who gets drafted. Plus, he’s a terrific community member whose done plenty of good every place he’s gone.

Beachum makes the most sense if the Steelers don’t sign the likes of Matt Feiler/Zach Banner/Jerald Hawkins. If at least two of those guys come back, Beachum’s purpose becomes a little less clear with Chukwuma Okorafor also on the roster and a rookie still probably being added at some point in the draft. It’s doubtful he signs quickly after free agency begins, giving the Steelers time to assess.

Like Finney, James is still under contract. But he’s also a probable cap casualty. Most articles speculating cap cuts under a new head coach/general manager include James’ name. I will be shocked if he sticks with the team. Stuck behind first round pick TJ Hockenson, in two years with the Lions, he caught just 30 total passes, the same number of balls he caught in his final year with Pittsburgh. Point is, the Lions definitely didn’t get a good ROI on him and that should keep his market value down if/when he’s released.

He could return to Pittsburgh as a reliable, durable (he’s never missed a game due to injury in his six year career and barely ever missed practice) #2 tight end behind Eric Ebron. Certainly a better blocking option. And if the Steelers draft a rookie tight end, he could play behind James/Ebron for at least a season before taking on a more prominent role in 2022. Tight end is notoriously one of the toughest positions for college players to transition to.

Because if you don’t sign James or a veteran tight end, there’s nothing behind Ebron. Vance McDonald retired. There’s Zach Gentry with his 69 career snaps and season-ending 2020 knee injury and Kevin Rader, a fun-to-root-for blocker but someone who is a #3 in a best case scenario. Tough to rely on a rookie to immediately jump in as the #2, especially assuming there won’t be any OTAs/offseason in 2021. Only two drafted, rookie tight ends of the 2020 class had even over 175 yards as a rookie. No one had more than 250.

The counterpoint to James wanting to come here is…would he want to? But I think he would for a three reasons.

One, he might not have much of a choice. If his market is light and the Steelers are basically guaranteeing a good chunk of snaps, Vance McDonald played over 400 this past year, Pittsburgh makes the most sense for his career. Two, he’s a Pittsburgh native from McKeesport and getting to come home is always nice. Three, yes, James left a “Kardashian” comment on his way out the door. But Antonio Brown and Le’Veon Bell are long gone and there’s no evidence the Steelers have any lingering drama of the sort. Maybe James didn’t love how things were handled then but it’s a relative non-issue now. Especially when you’re a guy simply looking for a job.