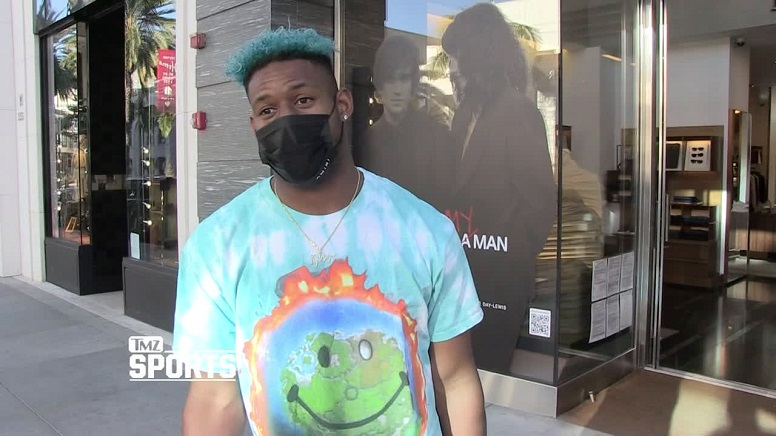 It seems the Pittsburgh Steelers have now decided what will happen with quarterback Ben Roethlisberger for the 2021 season as he’s now all but certain to return for an 18th season. With Roethlisberger’s situation now seemingly resolved for 2021, it will now be interesting to see if the team is able to keep wide receiver JuJu Smith-Schuster in the fold as well this offseason.

While we wait to see if Smith-Schuster is ultimately re-signed in the next three weeks, the team’s former second-round draft pick out of USC recently told TMZ Sports that just like Roethlisberger, he wants his legacy to continue on in Pittsburgh in 2021 as well.

“My family, to be home close to family would be cool, but at the end of the day, I want to have my legacy in Pittsburgh and retire there,” Smith-Schuster said when asked if he could see himself playing closer to home in Los Angeles in 2021. “I don’t want to leave here.”

When asked specifically if he could see himself in a Los Angeles Rams or Los Angeles Chargers uniform in the near future, Smith-Schuster was straight and to the point in his reply to the question and thus didn’t take the bait.

“No, not right now,” Smith-Schuster said. “Until I actually get let go, other than that, I’m Pittsburgh for life.”

Smith-Schuster was also asked about Roethlisberger and if he still believes the veteran quarterback still has enough left in the tank to lead the Steelers to another Super Bowl.

“I think he still has something in the tank,” Smith-Schuster said. “One thing about Big Ben is that I have that chemistry with him, so for them to even let him go or to even think about it wouldn’t be the best. I would love to play with Ben. I always tell him, ‘give me four years.’ But obviously, he’s a lot older, so we’ll see how that goes.”

Smith-Schuster was also asked if he believes Roethlisberger can lead the Steelers to the Super Bowl in 2021 if he’s indeed brought back.

Smith-Schuster also believes Roethlisberger is a lock for the Pro Football Hall of Fame as well whenever his career is over with.

“Easy, for sure. One of the best to do it,” Smith-Schuster said.