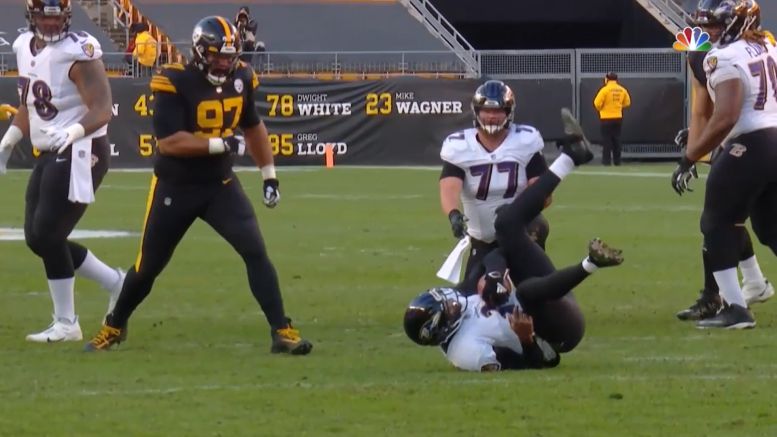 The Pittsburgh Steelers had a handful of players and coaches ultimately test positive for Covid-19 over the course of the season, including Stephon Tuitt, James Conner, and Vince Williams, as well as Vance McDonald and coaches Matt Canada and Danny Smith, but they never had a breakout as some other organizations did.

Nevertheless, they were the one team that most had their schedule interrupted by virus-related game delays. Their Week Four game against the Tennessee Titans was pushed back to a later week and their bye week—in the middle of the week—moved up to Week Four when said organization had an outbreak.

It happened again later in the year when preparing to face the Baltimore Ravens on Thanksgiving. By that point, both teams had had their bye. Since it was in the middle of a week, the NFL had some flexibility to push the game back, and they ultimately played it six days later, on Wednesday, but it was close. Last week, commissioner Roger Goodell let us know how close it was to being moved entirely—and to an entirely new week.

“We were down to the final days in that Pittsburgh-Baltimore game. Had that not cleared on that Monday afternoon, Tuesday morning, we probably would not have played that Wednesday game, and we may have had an 18th week at that point”, he said.

It was agreed upon that the league would add an 18th week to the regular season if and only if not all games with playoff implications were able to be completed within the 17-week schedule. This was as close as they had come to reaching that point.

“But it did clear. Our medical people were exactly right”, Goodell said. “We were 24 hours later than we thought. But that is the kind of decision where we were able to find solutions to give us that time to make sure that the safety issue was addressed properly”.

What will moving forward look like as they push on into the 2021 season? So far, an in-person Combine was ruled out. I’m sure the draft won’t look the same, either. Spring workouts will remain virtual. As for September…well, that’s a way off yet.