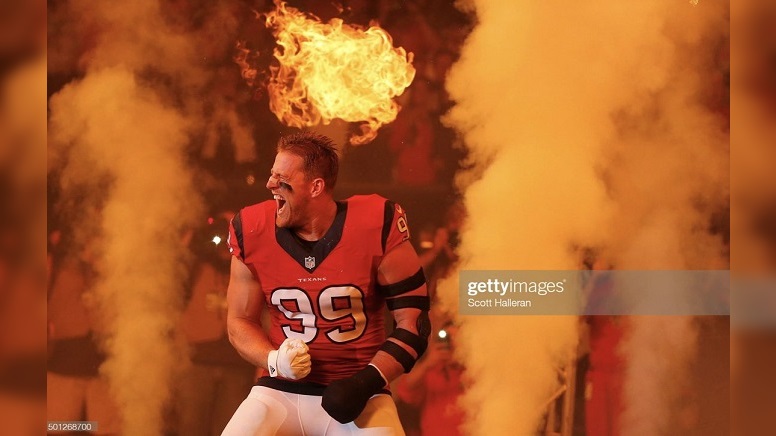 It sounds like free agent defensive end J.J. Watt, formerly of the Houston Texans, will soon be deciding as to where he will play in 2021.

According to a recent report by Jeremy Fowler of ESPN, Watt, who was released a few weeks ago by the Texans, is expected to pick his new team next week.

“I think something will happen next week,” Fowler said Sunday morning on SportsCenter. “I’m told that J.J. Watt has narrowed down his suitors to just serious contenders. So, it started a few weeks ago with about 12 and 15 teams, feeling this out. I think it’s more down to about 3 to 5 teams right now. From what I’m hearing, the Buffalo Bills are one that Watt is at least considering right now. They’re an option. Tennessee Titans have been rumored, Green Bay Packers.

“I talked to multiple league execs who believe the Packers are just the perfect fit, both sentimentally because he’s from Wisconsin (and) in that 3-4 scheme, they’re championship ready. And that really is the most important thing for Watt, is winning his title right now. So, I think the money will come. He’s made a lot of money. He wants to win now. So that’s why I think that Green Bay’s still an option if they can make it work financially at least can get to his market.”

Fowler’s report sort of matches what NFL insider John Clayton reported at the end of last week. All of that said, the Pittsburgh Steelers don’t seem to have much of a shot at landing the oldest Watt brother and that’s not a big surprise considering their salary cap situation.

The Steelers are even slipping in the odds as well as you can see by the Sunday morning update on Twitter from Bovada via Oddsshark.

I sent out a text to @JJWatt

I asked is ANY of the information out there being reported about you legitimate?