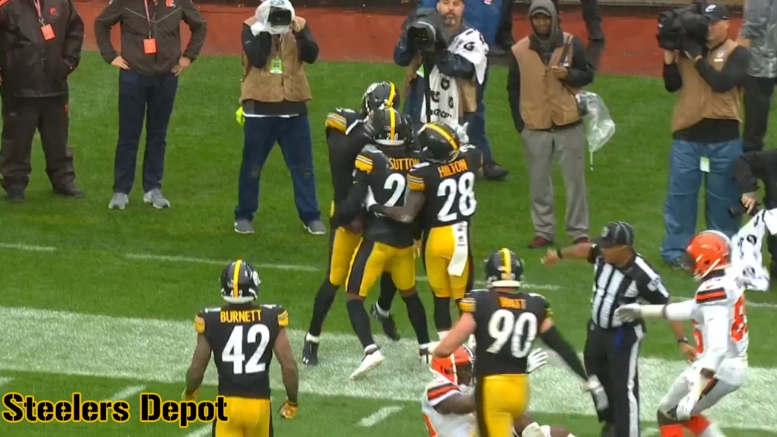 The Pittsburgh Steelers have a lot of business to attend to this offseason, and when all is said and done, they won’t have a lot of cap space with which to do it. Such is life, and they will have to work around it, possibly even being creative in ways that they are not used to being, and making compromises with their fiduciary philosophy.

Projected to be tens of millions of dollars over the salary cap as it stands, the team will have a lot of work to do just to become compliant with the Rule of 51 figure, which will require a Ben Roethlisberger contract restructure among other restructure, and potentially additional cuts or retirements from veterans like Maurkice Pouncey and Vince Williams.

In the meantime, they have some very significant names hitting free agency, including former Pro Bowlers in wide receiver JuJu Smith-Schuster, running back James Conner, and left tackle Alejandro Villanueva, not to mention outside linebacker Bud Dupree and another starting offensive lineman, Matt Feiler.

But if there are two free agents they should prioritize, especially given their situation, Pro Football Focus believes it should be their two young cornerbacks in the middle, Mike Hilton and Cameron Sutton, both of whom are entering their fifth season and who played a significant amount last year.

“The most important thing for Pittsburgh to do in free agency is to ensure they bring back Mike Hilton and/or Cameron Sutton, both of whom are projected to cost less than $4 million in 2021”, Anthony Treash writes for Pro Football Focus. “The CB duo ranked sixth and second, respectively, in the NFL in slot coverage grade this past season, and that’s a position that the Steelers cannot abandon, especially in favor of a cheap offensive lineman”.

While the focus was on keeping their young cornerbacks, as far as outside free agents are concerned, it should be no surprise that the focus was on picking up some offensive linemen, with the potential for up to three starters leaving, and not a lot in-house to take their place.

Treash offered two names in particular, one of which would be familiar, and that would be former Steelers tackle Kelvin Beachum, who was a starter before going down with an ACL injury, which opened the door for Villanueva. Center Austin Reiter waws the other option named.

If Pouncey retires, to they release him, they pretty much have to sign somebody who can play the position. They basically have nobody else right now, and they can’t count on drafting a starter-capable center with no backup plan.