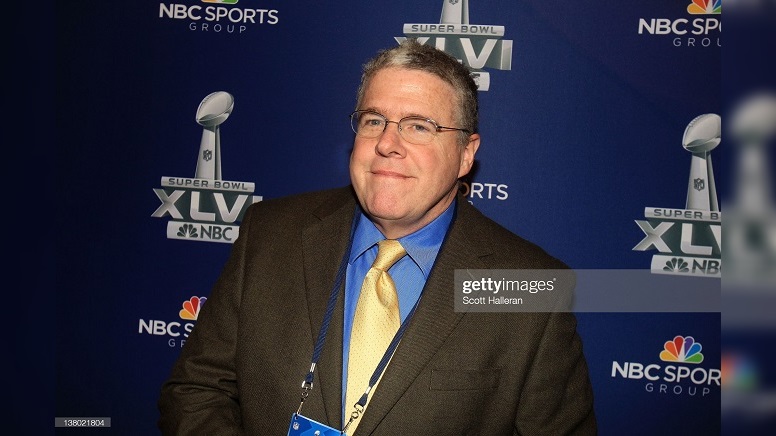 Several fans of the Pittsburgh Steelers have probably grown to dislike longtime NFL writer Peter King over the years and especially when it comes to his Hall of Fame voting record. Based on what transpired over the weekend in the Class of 2021 voting process, King likely will lose the support of several more Steelers fans.

In his weekly ‘Football Morning in America’ post, King, who has long been a member of the Hall of Fame selection committee, admitted that he didn’t vote for former Steelers guard Alan Faneca to be one of five modern-era Class of 2021 members.

King went on to describe his rankings and who he chose as his five modern-era players for the Class of 2021.

“Manning was easy, Woodson slightly less so, Johnson a very strong candidate—easily the best of the three receivers in the finalist class. After that, for me, it was Lynch, Boselli and Matthews, in some order. As for Alan Faneca, he absolutely deserves induction, and I’m glad he got in. But for my 4-5-6: Lynch for me was four.”

In short and depending on how you want to put what King wrote into context, he chose either tackle Tony Boselli, safety John Lynch or linebacker Clay Matthews over Faneca. In essence, I suppose you can say he chose all three over Faneca.

Kings overall breakdown of his selections is really rich, however, and it starts with him saying that quarterback Peyton Manning was “easy.” If Manning was a lock his year, which he indeed was, why didn’t King just use his vote for the quarterback on Faneca. After all, King admitted a year ago that he didn’t vote for former Steelers safety Troy Polamalu to be a member of the 2020 Hall of Fame class because he viewed him a lock to get in without a nod from him. In case you forgot, below is what King wrote last year about his reason for shunning Polamalu.

“I think an explanation for the lack of vote for Polamalu on the final five is necessary,” King wrote. “I believe he was one of the top five candidates this year, and I believe in voting for the best five candidates. But because I felt certain Polamalu would make it regardless of my vote, I decided to vote for three players I felt were marginal after listening to the deliberations—Atwater, Boselli and Lynch. I don’t feel great about doing that, honestly. Our jobs are to vote for the best five, and I was totally on the fence about the fifth yea vote had I marked down Polamalu. It still bothers me a little bit. But I felt so strongly about the cases of Atwater, Boselli, and Lynch, who were exceedingly close in my eyes, that I wanted to vote for them, knowing that a vote not for Polamalu was not going to keep him out. I’ve done this a couple of times before, and I absolutely do not want to make it a habit. It just felt like the right thing to do this year.”

How hypocritical is that? Hell, Manning was an even bigger lock to make it in this year than Polamalu was last year. If Faneca was just as deserving to get in this year as Lynch and Matthews were in King’s eyes, why not just use his vote for Manning on the former Steelers guard, who this year was six-time finalists? What King wrote last year, and this year makes him look absurd, in my honest opinion.

Was Faneca a slam dunk to get in this year? Absolutely not and even I wondered a year ago if he might be shunned a sixth time because of the several deserving players that would be first-ballot candidates in 2021. I had a strong sense a year ago that Manning, Charles Woodson, and Calvin Johnson would be locks for the 2021 modern-era class and that Faneca, in essence, had a one-in-two chance at being one of the other two modern-era players voted in.

In my eyes, it came down to either Faneca or Boselli getting in as the lone offensive linemen in 2021 and the understanding that the former would have a lot of weight behind him because he played left tackle and not guard. Even so, Faneca undeservingly had to sit and watch the offensive linemen logjam untangle the last few years as center Kevin Mawae and guard Steve Hutchinson got voted in before him. Because of that, it was my opinion that 2021 should finally be Faneca’s turn and that Boselli, who is well-deserving of the Hall of Fame, should wait a little while longer.

Now, I’m not foolish enough to believe that a high level of politics isn’t involved when it comes to the Hall of Fame selection committee. That said, King really seems to like going rogue just for the sake of going rogue. The last few years it seems like he likes being contrarian for the sake of being contrarian and especially when it comes to Steeler candidates. What he wrote last year and this year about the reasons for his choices makes me lose even more respect for him.

This Hall of Fame voting committee members should vote for the best candidates every year and regardless of if they view them as locks or not. In not doing that, it is disrespectful to the entire process.