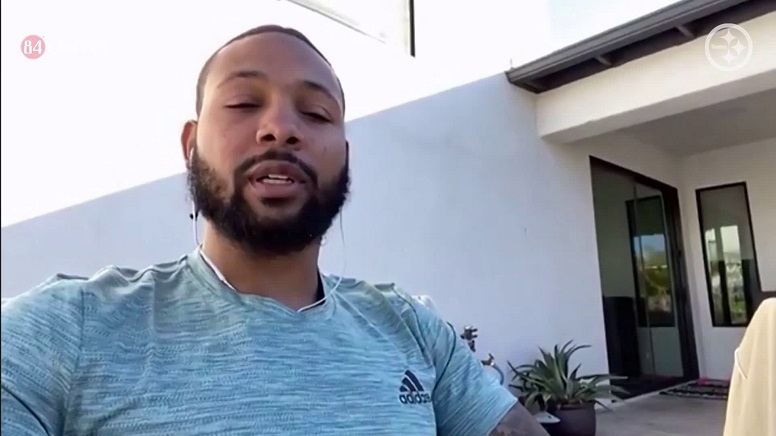 In a little more than three weeks from today, Pittsburgh Steelers cornerback Steven Nelson will enter the final year of his current contract. The Oregon State product is scheduled to earn $8.25 million in 2021 and carry a high cap charge of $14.42 million, which is in the top five highest on the team at the time of this post. Nelson, however, is just 28 years old and thus it’s probably not out of the question that the team might want to sign him to an extension between now and the start of the regular season.

I have written, tweeted, and talked quite a bit about the possibility of Nelson signing an extension this offseason and one that would likely result in his 2021 salary cap charge decreasing some. With a little more than three weeks now remaining until the Steelers must be salary cap compliant, and the team needing every bit of space possible this offseason, now is a perfect time to explore the likelihood of a new deal getting consummated and what an extension for him might look like should he indeed get one.

Before we move forward, it’s worth pointing out that Jonathan Jones of CBS Sports also wrote on Tuesday on the possibility of Nelson signing a contract extension this offseason and one that might help lower his 2021 cap charge in the process. Below is the meatiest part of his post.

A new extension that would put Nelson into the top-10 highest-paid cornerbacks by average annual salary — Trae Waynes got a three-year, $42 million deal from the Bengals last year — which may seem counterintuitive for a team faced with figuring out who will be their quarterback and how they’ll replace the nine-time Pro Bowler who snapped the ball.

Nelson’s new money average currently sits at $8.5 million, so based on his play to date and the fact that Haden currently sits at $11 million, a jump up that is equal to his teammate’s number seems much more appropriate. A jump up to $11 million would tie Haden at 15th overall league-wide when it comes to cornerbacks. That’s perfect and fair, in my opinion.

Now, assuming a new money average of $11 million for Nelson fits the bill for him and the Steelers, using the two-year, $22 million extension that Haden signed a few years ago as a loose guideline would seem like the most logical thing for the Steelers to do. If you need a reminder, Haden had $10 million left on his old deal when he signed that two-year, $22 million extension and thus it resulted in the entire contract totaling out at $32 million for the three total years, 2019-2021.

As part of that extension that Haden signed, he was given a $13.8 million signing bonus and $3 million roster bonus three days after signing the contract. Because of the timing of that extension on the NFL calendar, that $3 million roster bonus given to Haden could be treated like a signing bonus. When the extension dust finally settled, Haden’s 2019 cap charge dropped by $3.2 million even though he received a total of $18 million from the team in 2019 instead of the $10 million he was originally due.

So, what would a two-year $22 million contract extension for Nelson most likely look like should he get one and especially with him still being due $8.25 million in old money from his last deal? Also, what kind of cap savings could the Steelers potentially recognize with such an extension?

The Steelers could obviously go longer with Nelson, say four more years instead of two, to help lower his 2021 cap charge by another $1.544 million, but he might not be up for locking himself up that long at that new money average and especially if no voidable years are involved. It would be an option, however, should the two sides be able to hammer such a longer extension out and it would result in a little more 2021 salary cap space being created as well.

Is Nelson guaranteed to get an extension this offseason? No. Additionally, the Steelers normally like to do non-quarterback extensions closer to the start of the regular season so for them to do one with Nelson in the next three weeks would show how desperate they are for salary cap space that would likely go towards re-signing one or two of their own soon-to-be unrestricted free agents. It’s also worth noting that there have been zero rumblings or reports so far this offseason that the Steelers have intentions of signing Nelson to an extension prior to the start of the regular season.

In closing, we’ll have to wait and see what happens in the next three weeks with the Steelers and Nelson. If no extension is worked out prior to March 17, there still will be a chance that one is ultimately consummated prior to the start of the 2021 regular season as the team will need more cap room then as well.