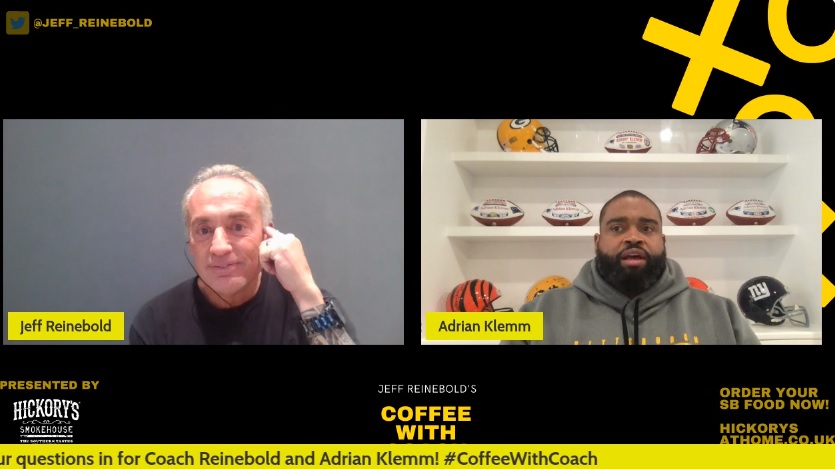 Speaking publicly for the first time since being named the Pittsburgh Steelers’ head offensive line coach, Adrian Klemm made one mission clear. Get this starting five back to its old, physical self. Though that “old self” may mean bringing in new blood to the roster.

Speaking with Jeff Reinebold on Coffee With Coach, Klemm outlined his mission statement as new line coach of the Steelers.

“Offensive lines are always going to be physical,” Klemm said. “And we need to get back to that. Those guys got a little bit older. It’s been a little more difficult to be as physical as it had been in the past. But like I said, as a changing in the guard occurs, hopefully I can be the one to lead our group to be that again.”

The Steelers’ offensive line routinely struggled to win the point of attack a season ago, leading to their fewest rushing yards since 1966. They finished last in several categories including rushing attempts, rushing yards, and yards per carry. They ranked in the bottom five in run success rate and rushing TDs. When things are that bad, it’s a combination of issues. The line, the backs, the scheme, all of the above. But there’s no denying this group that had been together for so long is reaching its end. And Klemm recognized that reality.

“Pounce is deciding right now if he’s gonna retire or not. And David DeCastro is in the final year of this deal. Al [Villanueva] right now as a free agent, there’s a lot of turnover and there’s change.”

Villanueva is all but certain to hit free agency. Pouncey’s future remains up in the air and starting LG Matt Feiler is also slated to become a free agent, though Klemm expressed optimism he’ll return.

That group struggled in many aspects of the run game but none more noticeable than in short-yardage. Over the last two seasons, Pittsburgh’s been the worst “get a yard” team in football, converting just over 50% of the time on 3rd and 4th and 1. Klemm wants to change those obvious blemishes.

“We want to pound people. We want to run duo in those different things like when it’s 3rd and 1 and you know what’s coming but can you stop it? That’s the type of thing we want to get back to. This is what we do. It’s Steelers’ football. Regardless of how the game changes, that’s how we want to play. That’s the mindset we want to have…that’s what’s going to win games in January.”

Given Art Rooney II’s run game mandate coupled with Klemm’s comments, the Steelers are fully expected to invest in the offensive line early in this draft. Potentially at #24 given how many quality offensive tackles are in this class. Alabama’s Alex Leatherwood, Texas’ Samuel Cosmi, and Notre Dame’s Liam Eichenberg are three names who could be on the team’s radar.