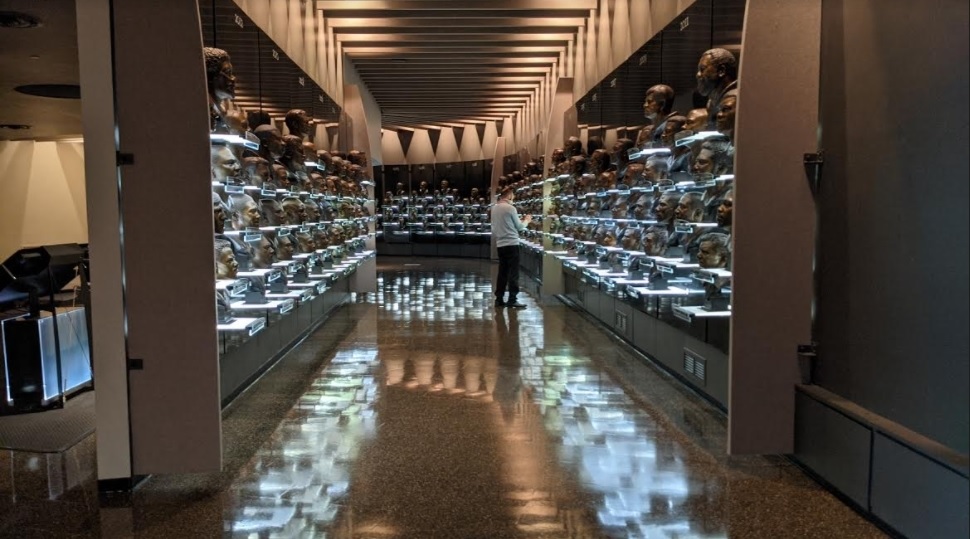 There’s one name missing from the Pro Football Hall of Fame.

The man who invented the sport.

I know I’m supposed to be an advocate for the Steelers still awaiting their Canton Call. L.C. Greenwood. Andy Russell. I should start handing out flyers with Maurkice Pouncey’s resume on it to the entire Hall of Fame committee. But I’m a card carrying member of the Walter Camp Fan Club. Probably only a party of one. But I don’t think anyone is more deserving. Camp not being in the Hall of Fame is like excluding Elvis from the Rock ‘N Roll Hall of Fame, Neil Armstrong in the International Space Hall of Fame or the Phillie Phantic in the Mascot Hall of Fame (it’s a real thing!)

Most fans don’t even know Camp’s name. But every Sunday during the fall, we watch the sport he created. Football history will tell you the sport began in 1869 when Princeton beat Rutgers 6-4. Rutgers takes so much pride in it their website proudly proclaims itself to be the birthplace of college football.

“Football” is 1869 was just America calling rugby by a different name. Football’s roots are in rugby, the game integrating into the USA by way of Canada, and at that time, the two sports were still virtually indistinguishable. That Rutgers’ site even admits it, writing: “The game was played with two teams of 25 men each under rugby-like rules…”

The rosters were huge. So were the fields. There was no downs system. The points system was the same as rugby, field goals worth more than touchdowns. That’s why the the Tigers and Scarlet Knights finished with that odd-looking 6-4 result.

Camp changed all that. Not immediately, of course. But over time, through trial and error, he was football’s governing body.

Take football’s down system. It doesn’t exist in rugby (and didn’t exist in that 1869 game either). Rugby is a continuous, free-flowing sport. All gas, no brakes. Football is stop-start, stop-start. But in the sports’ infancy, a downs system hadn’t been created. There was a line of scrimmage (which Camp invented) but teams could – and would –  hold onto the ball until they turned it over.  This led to an infamous “block game” between Princeton and Yale in 1881. Neither team wanted to do anything to lose the game. So they did just that. Nothing. Princeton sat on the ball for the entire first half. Yale responded in kind in the second. Nothing in the rules prevented either side from doing so. The game ended in the most boring, scoreless tie and led many to wonder if football would ever become a serious sport.

Camp intervened. And invented the downs system in October of 1882. With that rule change, football felt like football. But that wasn’t the only change Camp helped facilitate. Other ones he implemented included:

– Reducing the number of players to 11 per side (like it is today)
– Creating the line of scrimmage and in doing so, the QB position
– Down/yards-to-go system (which was marked off every five yards, coining the term “gridiron”)
– Modifying the scoring system to make touchdowns more valuable and the first version of a two-point conversion (PATs became worth 2 points)
– Helping to legalize tackling below the waist

While he was involved in the sport, football’s first conference, the Intercollegiate Football Association was formed between Princeton, Harvard, Columbia, and later Yale. And though he didn’t invent it, Camp was the most well-known figure in authoring yearly All-American teams for college football.

I know what the counterpoint to this is. Camp had nothing to do with pro football. He died in 1925, just five years after the NFL formed. It’s a shallow argument. James Naismith is in the Basketball Hall of Fame as the game’s creator despite never coaching professionally, spending his entire career at the University of Kansas, In fact, Naismith was inducted into the Basketball HOF 50 years before his passage into the college version. It isn’t too late to honor these pioneers either. J.G. Creighton, long considered the father of hockey, was inducted into the Canada Sports Hall of Fame in 2015. It’s never too late to do the right thing.

Getting into the weeds over the semantical “pro” argument is pointless with Camp. His legacy created obvious stepping stones into the history of football. In 1892, ten years after Camp created football as we know, the first known pro players existed. Pudge Heffelfinger paid $500 one week followed by Sport Donnelly, netting $250, the next.

Canton celebrates football. Including the early days. There’s an entire wing of it that exists to the era before the NFL formed and the earliest days of the sport. And yet I don’t believe Camp’s name is mentioned in any of the exhibits. On its website, the Hall makes just a short mention of him. But it’s a powerful statement.

“However, it wasn’t until the 1880s that a great rugby player from Yale, Walter Camp, pioneered rules changes that slowly transformed rugby into the new game of American Football.”

There isn’t anyone more deserving of a “contributor” than the man who invented the sport. Without Walter Camp, there is no NFL. There is no Canton. There isn’t anything we watch today. He’s a name to forever be remembered. The best place to do that is the Hall of Fame.