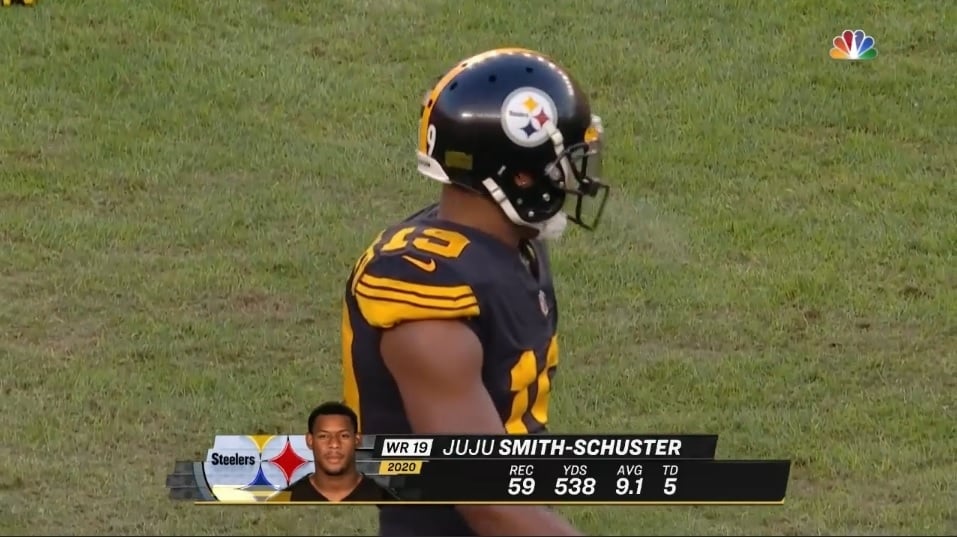 JuJu Smith-Schuster wants to remain a Pittsburgh Steeler. But if that doesn’t happen, he’s already thinking what team he could play for next. Joining ESPN’s Bart Scott and Alan Hahn on the Bart & Hahn show on Monday, Smith-Schuster gave a rough outline of his possible free agency plans. He said his next stop could be shaped based on whatever happens in free agency or trades around the league.

“As of right now, I’m waiting and seeing wherever players go,” Smith-Schuster said. “I have in mind, like when you’re playing chess, you’re thinking four or five moves ahead. And I have some teams in mind. If this person goes here, if this person goes there, that’s a possibility.”

Already, the 2021 offseason is shaping up to be chaotic. At perhaps no time in football history has there been this much potential QB movement. Matthew Stafford and Jared Goff have already swapped teams. The Jets could dump Sam Darnold. Deshaun Watson wants out of Houston. Teams are reportedly calling about Derek Carr. And that’s before discussing a draft class that’s as strong as any in recent memory with four QBs likely going in the top ten and two more later in the first round.

Smith-Schuster said there’s three things at the top of his list when it comes to evaluating a potential landing spot.

Remaining in Pittsburgh could still give him the opportunity, though there’s no denying the Steelers are sliding as other teams, including AFC North foes Baltimore and Cleveland, are on the rise. Smith-Schuster kept the door wide open to re-up with Pittsburgh, knowing how many ex-teammates came to regret their decision to walk.

Before there’s any serious discussion of Smith-Schuster re-signing in Pittsburgh, the team and the league will have to set the cap number. There’s good news on that front following a Wednesday report it could come in between $185-190 million. If it does and the Steelers restructure/extend the contracts of Cam Heyward, Stephon Tuitt, Ben Roethlisberger, and Maurkice Pouncey, Pittsburgh should have enough room to manage Smith-Schuster’s first year cap hit. But if they don’t, Smith-Schuster is smartly thinking about and planning for a future outside of Pittsburgh.