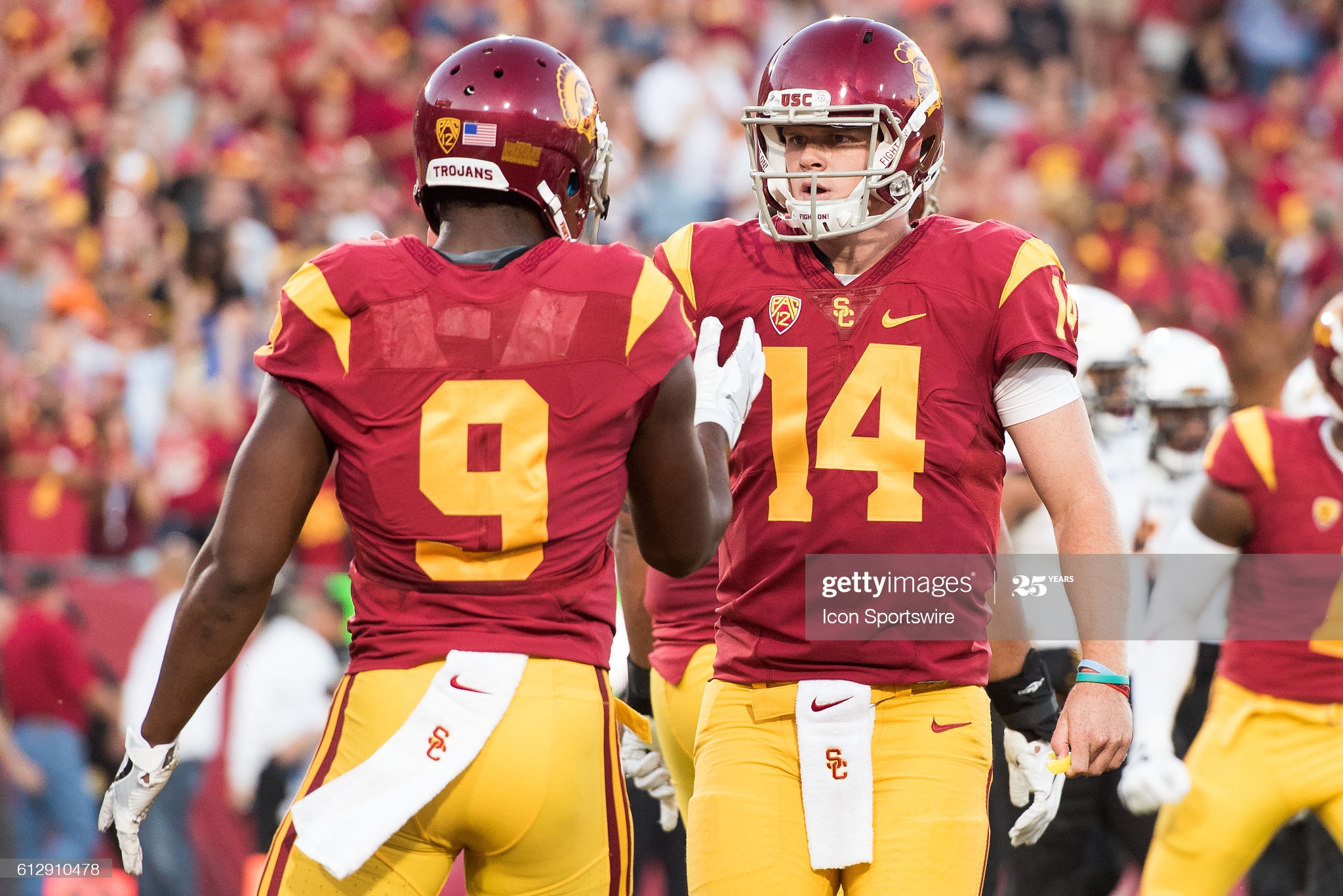 With Pittsburgh Steelers wide receiver JuJu Smith-Schuster hitting unrestricted free agency in a little over a month, there has obviously been a lot of talk and speculation about what his future holds, with the prevailing assumption being that he will be playing in another jersey for at least the next several seasons.

As anybody who follows the team knows, Pittsburgh doesn’t have a lot of salary cap space—actually, they’re over the cap, and have a lot of work to do to get into compliance—but if there is some good news about what the cap limit will end up being, that’s pretty much the only way they could swing re-signing him.

Failing that, he will land somewhere else, and one destination that has been frequently linked to him is the New York Jets, but specifically for the connection with Sam Darnold. Why the association with him? Because they played together at USC and were teammates for two years.

Darnold became the starter in 2016, and Smith-Schuster put up 70 receptions that year with 914 receiving yards and 10 touchdowns. He has commented in the past about how it would be cool to play with his former college teammate again.

Speaking with Bart Scott and Alan Hahn on their podcast earlier this month, it’s no surprise that he was asked about the possibility of coming to New York and playing with Darnold. “Definitely, Sam Darnold, that chemistry is something that we had”, he said.

“We probably never lost that chemistry. I think that would be cool to play with my former quarterback”, he added, but he noted that so many pieces have to fall in place. The reality is that Darnold might not end up in New York.

The Jets hold the second-overall pick, and they may very well use it on a quarterback and trade Darnold. If they know that they will be drafting somebody, they could move Darnold at the start of free agency. And wherever he winds up, that could boost Smith-Schuster’s interest in playing for that team.