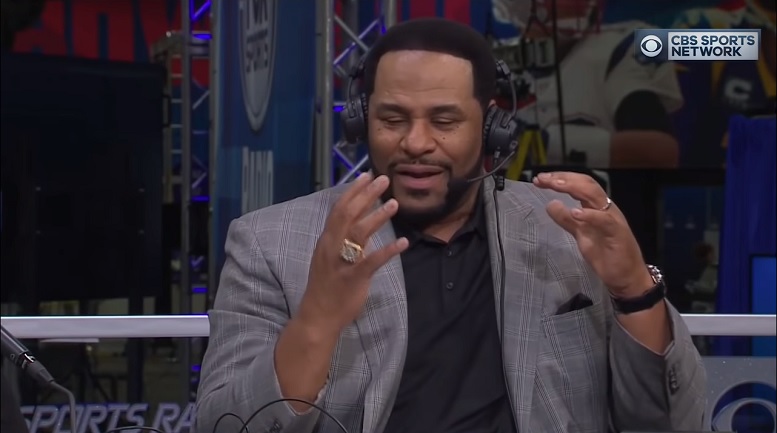 The story goes like this. After losing to the New England Patriots in the 2004 Championship game, Jerome Bettis was ready to retire. Ben Roethlisberger convinced him to take one last ride, Bettis agreed, and he won Super Bowl XL in his hometown.

Turns out, there’s a little more to the story than that. Speaking with former Steelers’ CB Bryant McFadden on his podcast All Things Covered, Bettis told the fantastic story of how he changed his mind and decided to return for one last chance at a Lombardi. It happened thanks to the one game no one ever cares about – the Pro Bowl.

“In the Super Bowl, Corey Dillon breaks his ribs,” Bettis said. “I was the first alternate that year. So I go to the Pro Bowl. Back then, the team who lost in the AFC championship, that coaching staff went. So the Steelers coaching staff was there. We went 15-1 that year so we had eight guys who got into the Pro Bowl…it was so many [Steelers who came to Hawaii] that Mr. Rooney and them had a Steelers lūʻau one of the nights there.

“At the Steelers lūʻau, I was getting harassed by Larry Foote and Clark Haggans. And Larry told me, ‘Bussy, it’s going to be a shame we’re going to win the Super Bowl in Detroit, your hometown, and you’re not going to be there. And I was like, ‘woah, wait a minute.’ And then Clark was like, ‘man, we went 15-1 last year. You know we’ve got a great team. We’re going to be right back.’ And I’m thinking, ‘you’re right. Both of you guys are right.’ So that got me thinking about it. Went home, talked to my wife, and that’s what brought me back for another year.”

Bettis carried the ball five times for 23 yards in that game, the AFC winning 38-27. So if it wasn’t for Corey Dillon breaking his ribs in the Super Bowl, clearing the path for Bettis to join his many teammates in Hawaii’, he may have wound up retiring.

As Bettis said, eight Steelers made the Pro Bowl that year: Hines Ward, Alan Faneca, Jeff Hartings, Joey Porter, James Farrior, and Troy Polamalu. Aaron Smith, Marvel Smith, and Bettis joined as alternates. As he tells it, teammates like Haggans, Foote, and others made the trip to join their teammates. And put enough peer pressure on Bettis to persuade him to come back.

The rest is history. Bettis served in a goal line role for 2005, averaging just 3.3 yards per carry but finding the end zone nine times. And the Steelers went on a legendary run, making the playoffs as the 6th seed and running the table before beating the Seattle Seahawks 21-10 in Super Bowl 40.

A perfect set of circumstances for a storybook ending to Bettis’ career.

Someone buy Corey Dillon a beer.

I have to give credit to some of my former teammates for getting The Bus back on the road to Super Bowl XL!