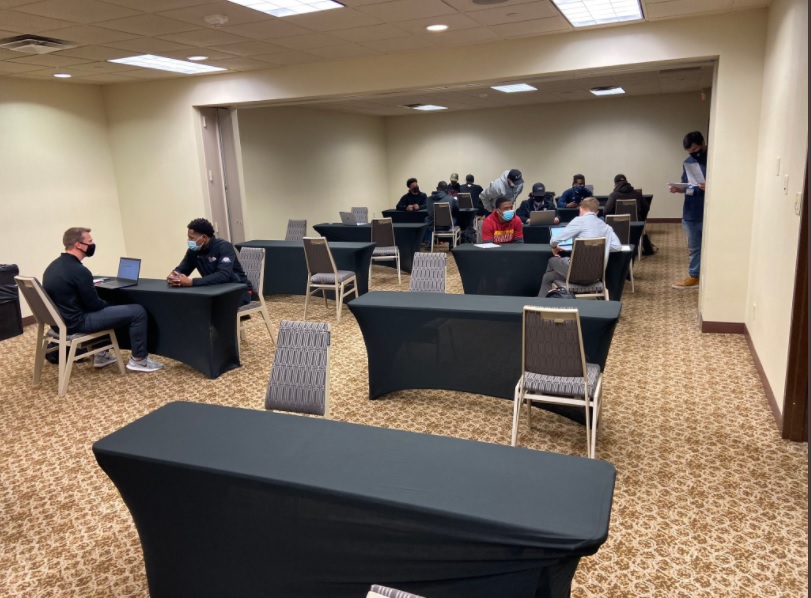 The NFL Draft process will look exceedingly different in 2021. Even moreso than last year. But one element remains the same. The College Gridiron Showcase continues to be a great opportunity to find diamonds in the rough. Navigating this COVID climate the best they could, CGS put on another great show last month.

Founded by Jose Jefferson and Craig Reed seven years ago, Mike Rittelmann has been with the Showcase for the past five, beginning as an intern and now its Director of Player Personnel and Scouting. He spoke with me about how they modified this year’s event to make it as safe as possible. While other All-Star events like the East/West Shrine Game were cancelled, Rittelmann says there was no question CGS would be held.

“We had to maneuver some things but there was never really any doubt CGS would go on,” Rittelmann told me over the phone. “We decided to go the non-contact route, an individual combine drill type setting. Players weren’t padded, they just go through individual drills. Scouts and teams would watch them. That’s the route we went with but it worked successfully.”

Even non-contact, Combine-like drills provided valuable information to the 30 of 32 NFL teams (the Steelers and Rams did not attend) who showed up in addition to several CFL teams. In total, well over 100 scouts made the trip. Getting to watch a player in person, how they move, how they process information, how they interact with coaches and teammates are things that can’t be as easily replicated on All-22 tape.

“NFL teams were very happy to be there. Again, it’s a small sample size of getting to see athletes perform on a high level this year.”

CGS’ week began just as the NFL announced the 2021 NFL Combine in Indianapolis would be cancelled for the first time since its inception. It’s the marquee pre-draft event, giving teams time to test, interview, and medically evaluate players. Drafting without that information makes the process a lot more difficult, meaning what the Gridiron Showcase did was all the more valuable.

“It brought notoriety to us in a big way. The Combine got cancelled on a Monday the week of our event. So it was that important for NFL teams to get that up close and personal interview time. See how the athlete moves. That was key.”

Over 120 college prospects attended the event. Rittelmann called this year’s roster one of the game’s strongest ever. One player who stood out in media reports was Maryland RB Jake Funk, rushing for over 500 yards and 8.6 per carry in five games for the Terps in 2020.

“Explosive athlete,” Rittelmann said of Funk. “Good vision. I think he’s going to test well and he performed at a high level at CGS.”

For those players who hope to stick in the league while navigating this chaotic draft season, Rittelman’s message is simple.

“Take one day at a time and enjoy the process.”