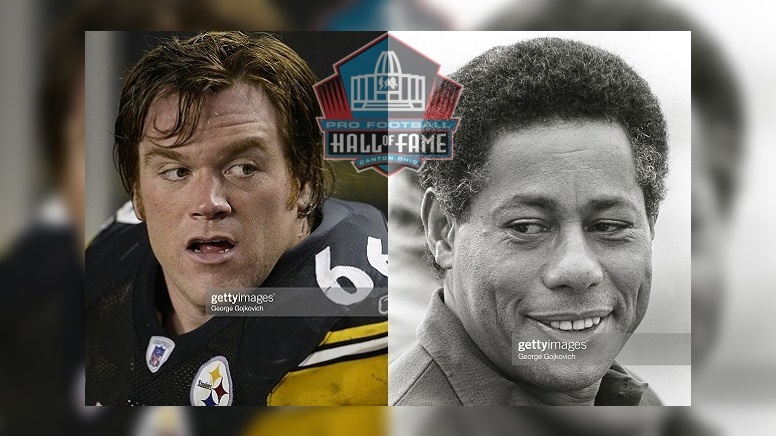 Faneca, who had been a finalist for six consecutive years, was originally selected 26th overall by the Steelers in the 1998 NFL Draft. He was a six-time All-Pro selection during his 13-year NFL career and selected to nine Pro Bowls. He was named to the Steelers All-Time Team in 2007 and the NFL 2000’s All-Decade Team. Faneca played 10 years with the Steelers before rounding out his career with the New York Jets and Arizona Cardinals. He won one Super Bowl with the Steelers in 2005.

Faneca also won a championship with the Steelers during the 2005 season and his key pulling block in Super Bowl XL against the Seattle Seahawks that helped allow running back Willie Parker to run 75-yards for a touchdown early in the second half will forever be remembered in Pittsburgh and Super Bowl history. Faneca ultimately played in and started in 14 NFL playoff games during his long career with 11 of those coming as a member of the Steelers.

As a rookie with the Steelers in 1998, Faneca didn’t start the first four games of that season. However, he became the Steelers starting left guard by the team’s fifth game and in total, started 153 of a possible 160 regular season games during his 10 years in Pittsburgh. Faneca only missed one game during his entire 13-year career in the NFL due to an injury and that happened in 1999, his second professional season, when he missed the team’s Week 4 game against the Jacksonville Jaguars with a sprained ankle.

While Faneca was voted an AP Second-Team All-Pro in 2003 for his play that season, he would have likely been a First-Team selection had he not unselfishly moved from left guard to start nine total games that season at left tackle due to injuries the team had on their offensive line.

In Faneca’s 13 seasons in the NFL with the Steelers, Jets and Cardinals, 10 times his offenses ranked in the top-10 in rushing in the league, including six top-five finishes and twice at No. 1 (2001, 2009). In 2007, the Steelers ranked third in the NFL in rushing and that same year the Jets ranked 19th. In his first season with the Jets in 2008, their offense vaulted to ninth in the NFL in rushing and in 2009, his second season in New York, that rushing offense was the best in the league.

As for Nunn, who was up for the Hall of Fame for the first time this year in the conttubutor category, the journalist-turned-scout-turned-personnel assistant, was as instrumental as anyone in helping turn the Steelers into a winning franchise in the 1970s.

Born and raised in Pittsburgh, Nunn was a journalist and the managing editor of the Pittsburgh Courier before he began working as a scout for the Steelers in the late 1960s. He was a key member of the Steelers draft process in 1974, when the team selected four future members of the Pro Football Hall of Fame — Lynn Swann, Jack Lambert, John Stallworth and Mike Webster. No other NFL team has ever duplicated the success of that one draft.

The current plan is for Faneca and Nunn to be inducted into the Pro Football Hall of fame in Canton, Ohio in August along with the rest of the 2021 class and the entire 2020 class, which includes former Steelers safeties Troy Polamalu and Donnie Shell and head coach Bill Cowher.