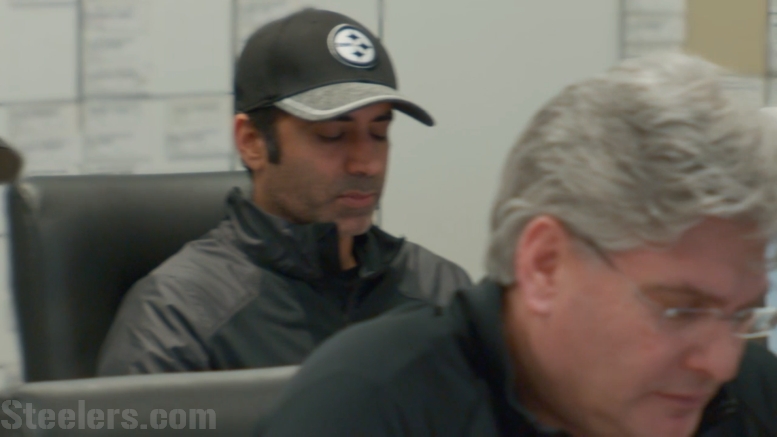 Pittsburgh Steelers head coach Mike Tomlin might not have established much of a ‘coaching tree’ over the course of his 14 years with the team, but perhaps he is developing a front office tree. Karim Kassam, who spent five years with the organization from 2014 through 2019 as Analytics and Football Research Coordinator, was announced as joining Urban Meyers staff earlier with the Jacksonville Jaguars as Senior Vice President of Football Operations.

According to a statement released through the team’s website, Kassam will be heading the Jaguars’ football technology and analytics departments, and will also be involved in matters pertaining to the salary cap—which is pretty important this year.

“I’m ready to get started in Jacksonville, and am grateful for the opportunity to make a positive impact and contribute to a franchise that is forward-thinking, ambitious and has so much promise”, he said in the statement. “I look forward to collaborating with Tony [Khan] and doing whatever it takes to assist and support the Jaguars as we work to build something special in Jacksonville”.

While a native of Ontario, Kassam previously spent time in a professorial role at Carnegie Mellon University in Pittsburgh, among many other stops along the way. Most recently, he was Director of Baseball Research for the Minnesota Twins, and also worked for the language-learning app Duolingo after his time with the Steelers.

Kassam worked for Steelers minority owner Thomas Tull’s Legendary Pictures company before he began moonlighting for work with the organization in 2014, after which he joined full-time, being given the newly-created title we referenced in the first paragraph.

Following Kassam’s departure, the Steelers hired Tosin Kazeem under the title ‘Football Analyst’. Jay Whitmire, who began with the organization in 2019 as an analytics intern, also shares the same title in their front office.

General manager Kevin Colbert briefly talked about the state of the team’s analytics department last Spring, noting Kazeem and Whitmire and saying that they “do awesome work”, while claiming that the “analytics part will continue to grow” in the evaluation process.

Given the effects of the Covid-19 pandemic, one could reasonably wager that the manner in which teams evaluate prospects generally will be shifting over time, and will perhaps become more deeply involved in the analytical route.

While it’s not something that Tomlin has even dived into headfirst, the Steelers have made use of analytics as a supplement to their traditional scouting process. They certainly are not at the forefront, but they aren’t bring up the rear, either.