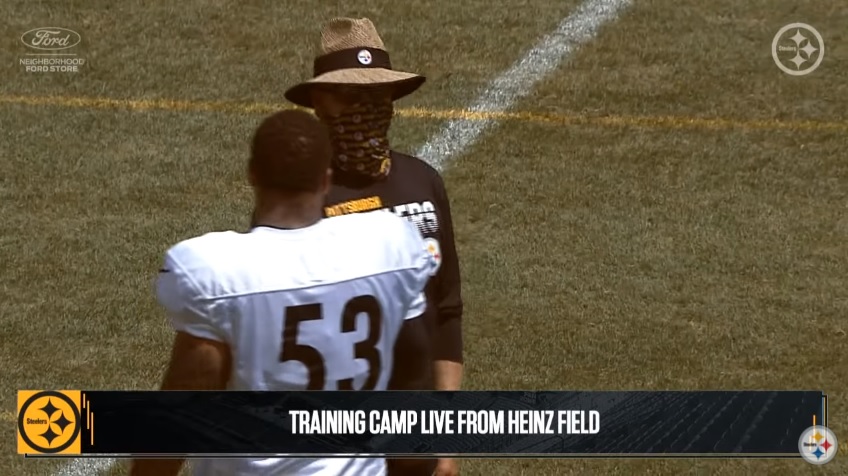 Topic Statement: The Steelers need to address Matt Canada’s scheme in the draft by adding a player or two that fits what he wants to run.

Explanation: Earlier this week, general manager Kevin Colbert acknowledged that he has had conversations with head coach Mike Tomlin regarding offensive personnel, and how their profiles of players may shift moving to Matt Canada’s offense. Therefore, they should prioritize adding at least one significant piece through the draft that suits what they’re looking for to build around whatever new elements are brought into the offensive system.

There may be fewer overt statements of the obvious. When you’re shifting from one system to another, you need to maximize the opportunity for the new system to work. In order to do that, you need the parts best suited to run it. Therefore, bringing in, for example, a running back or wide receiver that fits the profile of what Matt Canada hopes to do offensively has to be a priority.

When the Steelers first hired Canada last year, people instantly talked about him as a potential heir apparent to the offensive coordinator post. The Steelers were pretty open about the fact that they intended for him to bring in more ideas to the table beyond his quarterback coach tasks.

In other words, it was understood from the get-go that this could potentially develop into a long-term commitment to Canada. He’s the showrunner for the offense now. The sooner you begin the process of molding the offense into his vision, the better. That means giving him a centerpiece to work with.

The Steelers already have the pieces to run Canada’s offense effectively enough off the bat to test the waters of his system. If he can’t work effectively with the likes of Diontae Johnson and Chase Claypool, then there is something wrong right off the bat.

On top of that, he already has a player in Anthony McFarland that he coached to success in college. It’s his job to show that his system works, with a player he already had success with in the past. The more he demonstrates that his system works, the more compelling it will be to build around his vision. Right now, he’s a first-year NFL offensive coordinator. He has to prove something first.