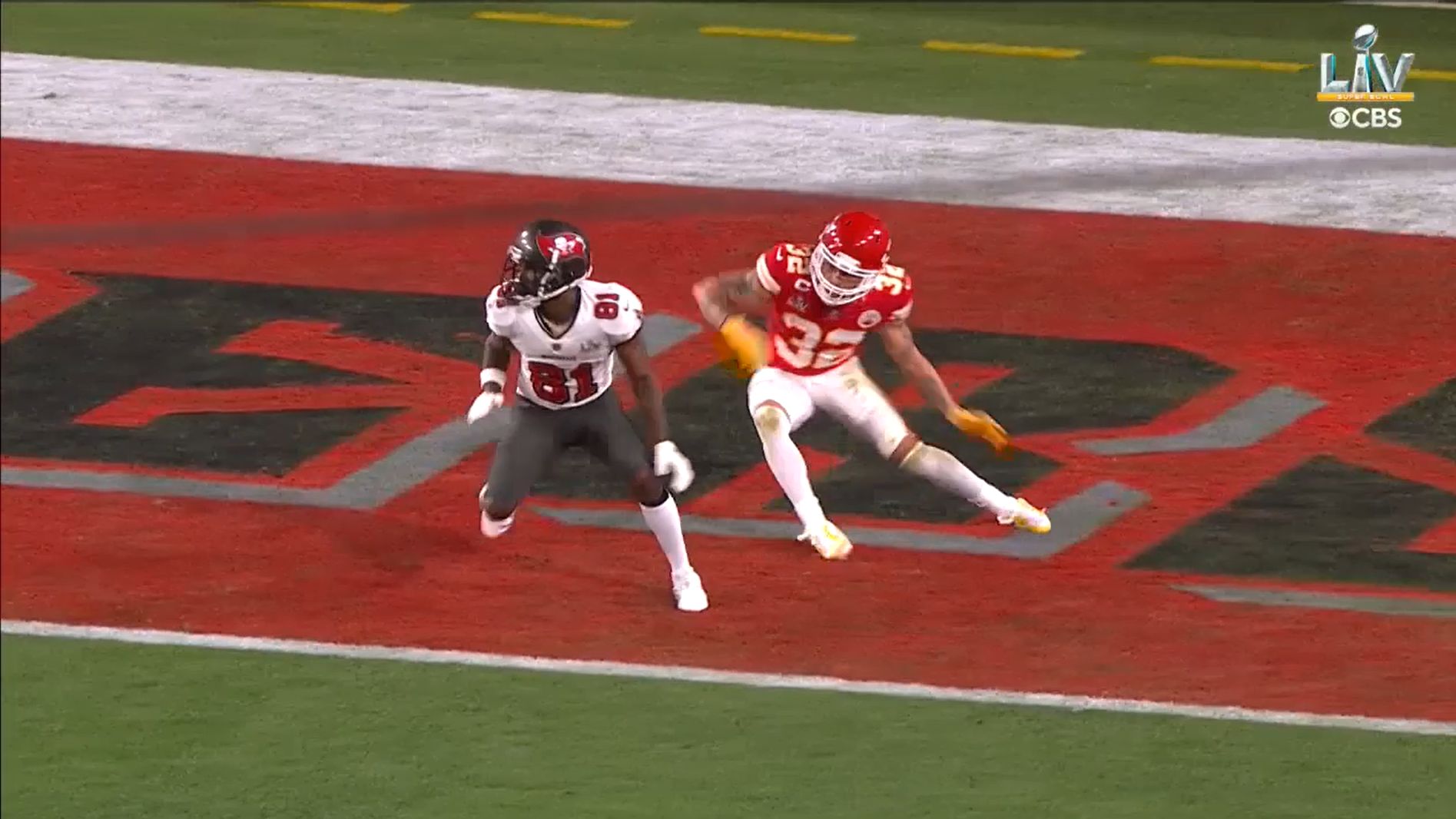 If there is one thing that Antonio Brown can be consistently praised for, it is for being an elite route runner—even when he is running the wrong routes. And according to the Tampa Bay Buccaneers’ quarterbacks coach, Clyde Christensen, that is what he did on the touchdown pass that he caught from Tom Brady during the Super Bowl on Sunday.

“AB on his touchdown catch was supposed to go down and in and then pop back out”, he said during an interview on the Pat McAfee Show on Monday. “He goes out and pops back in, and I’m going through my head, ‘did he run the right route? Did he just do the opposite of what he was supposed to do and we hit it for a touchdown?’. And that was the case.”

“And that’s where Brady doesn’t get thrown for a loop”, he went on. “He just hits the guy. If you get open, I’ll hit you. And that’s where he’s pretty darn unique. A lot of other quarterbacks are, ‘hey, he’s supposed to do this, A, to B, to C’. This guy, hey, AB goes C to F, back to A, and he just hits him for a touchdown”.

For as much as he had been known for his incredible route-running skills while with the Pittsburgh Steelers, which was arguably the primary trait that helped vault him to among the top wide receivers in the NFL, it’s also true that he had those issues of being on the same page.

And I’m sure that Ben Roethlisberger also hit Brown on plenty of plays in which he didn’t run the route he was supposed to. They had a great on-field relationship, that much is indisputable, putting up some of the biggest numbers by any quarterback-receiver duo in NFL history, a pairing that will possibly land both of the min the Hall of Fame when all is said and done.

The last couple of years have been rocky for Brown in his personal life, and it’s certainly had a huge impact on his professional life on top of that. But he found his way back to the field, playing with Brady in a Super Bowl, and finally getting his ring in his 11th season.

Nobody can take away the greatness that he displays on the field, and that is precisely why he has been given as many chances as he has had, even going back to his time in Pittsburgh, much of which we only began to learn after the fact. When somebody is that good, you learn to live with a lot of things, even if it means throwing to routes you weren’t planning on.