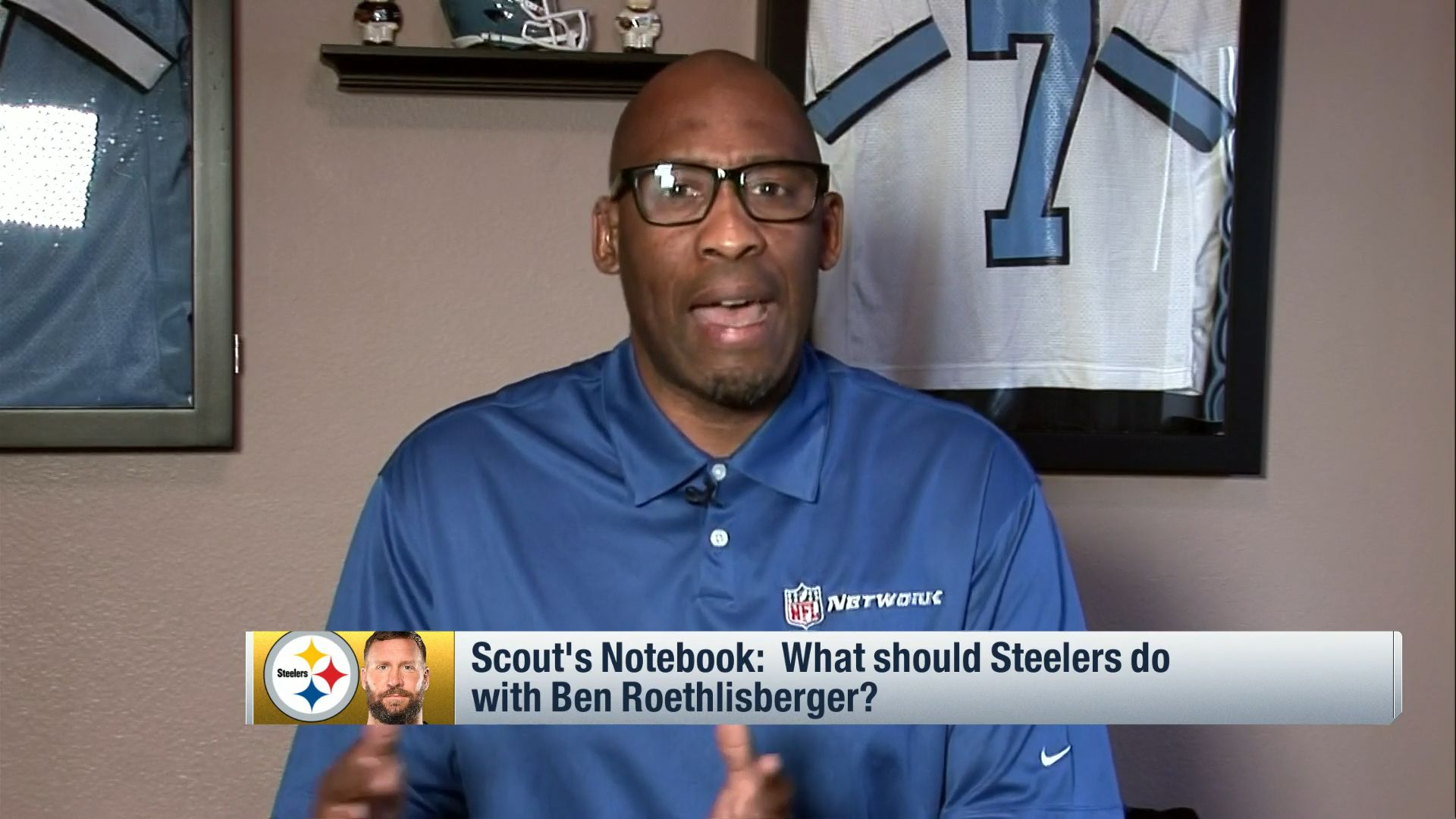 The Pittsburgh Steelers don’t have a ton of options when it comes to the quarterback position, and as things continue to evolve, all signs still point to them moving forward for at least one more season with Ben Roethlisberger, who has been their guy for the past 17 years.

Never before, of course, has his position been in this kind of jeopardy, so we are in new territory. As a result, we have everybody talking about it, and what the Steelers should do. Bucky Brooks took a stab at it, breaking down the team’s options at quarterback going forward:

The Steelers have three options. They could run it back with Ben Roethlisberger, but he is going to have to prove that his words really are followed by his actions, meaning, ‘hey, I don’t care about the money, I’m gonna play for the love of the game, and give my team a chance’. That means taking a pay cut, coming down, and just continuing to play.

If they run it back with him, they’ve got to change the team a little bit. They need to run the ball more. They probably need to play a little more complementary football and let that defense spearhead the way, but they certainly can win games with Ben Roethlisberger.

If they don’t go that route, I think it’s about Mason Rudolph and Dwayne Haskins. Mason Rudolph would naturally get the first bite of the apple. He’s been there. This is his fourth year, going into the last year of his deal. Let’s see what we have in him. He started nine games, a 5-4 record, threw for over 300 yards against the Cleveland Browns.

Dwayne Haskins is the wildcard. Former first-round pick. Has to show that he’s mature enough to handle the responsibilities of being an NFL quarterback, but he has a lot of talent. If they remake this team in his image and he gets an opportunity to play, maybe they find something as a low-risk, high-reward option.

The final piece is maybe find a bridge quarterback. I don’t think that’s in play. I think it’s about either bringing Roethlisberger back, or moving forward with Mason Rudolph, or maybe Dwayne Haskins, as a quarterback that could be the future going forward.

Aside from the absurdity of the idea that Roethlisberger would take a paycut or could be reasonably asked to do so when $19 million is rather limited compensation for a starting quarterback, this is a pretty straightforward, albeit obvious, breakdown of the situation Pittsburgh is facing at the position right now.

Frankly, I’m not sure there are any good options. Even if they manage to make one more run with Roethlisberger in 2021, anything short of a Super Bowl is a failure that sets back their development. Which is why so many fans have jumped on board with the idea of letting him go.