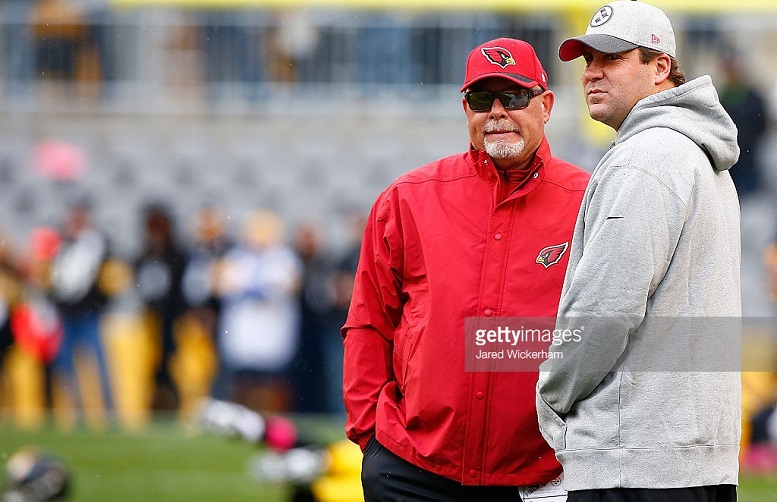 Even though Bruce Arians very specifically said in the weeks leading into the Super Bowl that he has no intentions of retiring a second time (or a third time, if you know what I mean), reports continued to surface even on Sunday afternoon that he was contemplating retiring if the Tampa Bay Buccaneers won, or even passing the baton on to defensive coordinator Todd Bowles.

Pro Football Talk addressed those reports shortly before kickoff, contacting sources, who confirmed that they were “100 percent BS”, and that Arians is said to have laughed at the notion that he would be stepping away under any circumstances.

After his Buccaneers defeated the defending Super Bowl champion Kansas City Chiefs, making one of the greatest offenses in NFL history look thoroughly pedestrian, the 68-year-old, who just became the oldest head coach to ever win a title, confirmed that he isn’t going anywhere.

“Hell, no, I ain’t going anywhere”, he said when he was asked if he was thinking about stepping away from the game again. “I’m coming back, trying to get two. And then we’ll see after that. But, no, this football team — I love these guys. We have a great staff, a great team. Hopefully [general manager] Jason [Licht] and I can get together to keep most of ’em and try to repeat”.

Arians previously won two Super Bowl titles with the Pittsburgh Steelers, wide as wide receivers coach in 2005, and then as offensive coordinator in 2008. This is his first title as a head coach, and he is looking to add to that collection, but did concede that he will revisit his status after the following season.

The New Jersey native would turn 70 years old in 2022 if he were to continue to coach beyond the next season. Tom Brady, his quarterback, would be 45 years old at that point and continuing to rewrite the manual on what a quarterback is capable of doing being the age of 40.

I could very easily see a situation in which Arians sticks around for as long as Brady does—provided at least that he doesn’t play into his 50s. He knows how much of a good thing they have going in Tampa right now, and it would be crazy to walk away from it given what they were able to achieve this year, and under trying circumstances.

Arians is a two-time Coach of the Year Award winner, first in 2012 while serving as interim head coach with the Indianapolis Colts while Chuck Pagano was undergoing treatments after being diagnosed with cancer, and then again in 2014 as head coach of the Arizona Cardinals. He would take them to the NFC Championship game a year later.