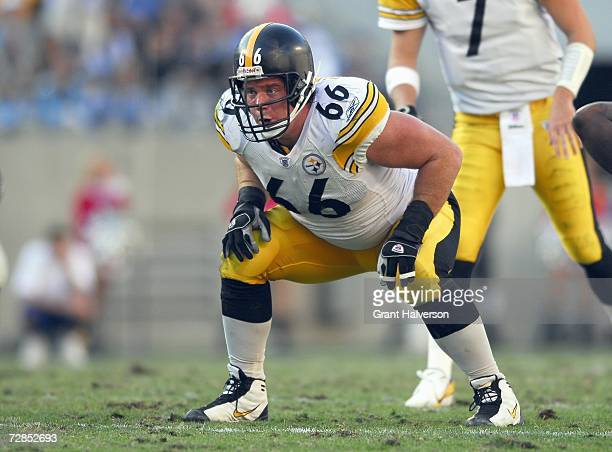 We won’t know until Saturday whether or not Alan Faneca has made it into the Hall of Fame. If Bruce Arians got a vote, he’d cast a resounding yes.

Speaking with reporters in the lead-up to Sunday’s Super Bowl, Arians heaped praise on Faneca’s career.

“Definitely time he gets in,” Arians told reporters during a virtual Q&A. “I’ve never seen an interior lineman who could dominate games. Red was the best point of attack blocker but out in space, he was like a running back. The best pulling guard I’ve ever been around and best overall interior linemen I’ve ever I’ve ever coached.”

Strong words coming from someone like Arians, whose been coaching since 1975. Faneca’s most famous moment came on the move, pulling and paving the way for Willie Parker’s 75 yard run, then a Super Bowl record, to help the Steelers beat the Seahawks in Super Bowl 40. Faneca’s athleticism for a man of his size was rare and it was one reason why he was one of the game’s best players.

“It’s way overdue. He’s a very special player. The Steelers were known to run that football. It was always usually behind Alan Faneca.”

In his 13-year career, Faneca made nine Pro Bowls and six All-Pro teams. He likely would’ve had a seventh had he not kicked out to left tackle in 2003 following Marvel Smith’s injury. Faneca was the peak of consistency and durability, not missing a game over his final nine seasons, a streak of 144 straight starts.

The 2021 Hall of Fame class will be announced Saturday. The group will be headlined by Peyton Manning and Charles Woodson, both locks to make it. Other notable names for the Hall include WR Calvin Johnson, DB Ronde Barber, and DE Jared Allen. OT Tony Boselli is the only other linemen finalist.