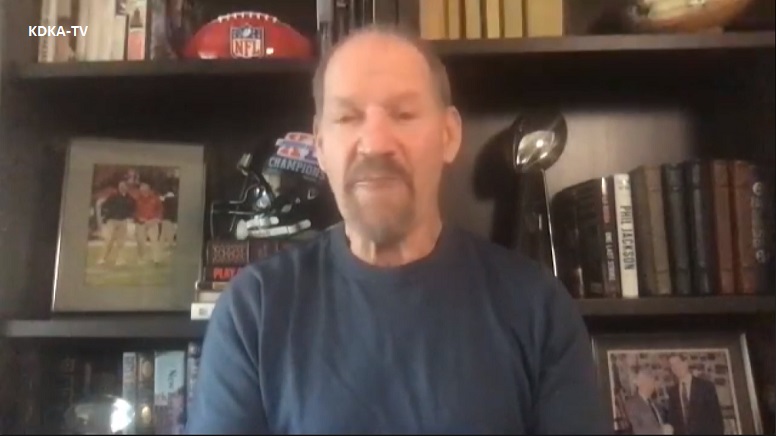 Despite the 2020 NFL season ending Sunday night with Super Bowl LV, we’re still likely to hear from CBS Sports NFL analyst Bill Cowher quite a bit during the offseason due to the former head coach of the Pittsburgh Steelers having a new book set for release in the near future. With that declaration out of the way, Cowher was recently interviewed on KDKA-TV and he had quite a bit to say on several topics which included Steelers quarterback Ben Roethlisberger and the immediate future of the team he once was the head coach of.

During his recent conversation with Richie Walsh, Cowher was asked if he thinks the Steelers are close to getting back to another Super Bowl.

“I don’t think they’re that far,” Cowher said. “I mean, I think for a lot of teams, I mean, who would’ve thought the Tampa Bay Bucs would be in this game when they sat there at the end of the season last year? I think you have to retool. There’s some decisions that will have to be made, certainly, and I think that they’ll make them in the next couple of weeks. But I think the one thing that the Rooneys have always done; Dan did it, Art’s going to do it, I’m sure Mike [Tomlin] will do it, too, is you don’t make rash decisions right after the season. Let the emotions kind of clear and then come back and the objectively and see what you have to do.”

Cowher isn’t so far removed from coaching in the NFL that he’s not well aware of the impending tough salary cap situation the Steelers will face in 2021 due to the economic fallout produced by the pandemic. He talked briefly on that topic with Walsh when talking more about the Steelers not being too far away from possibly getting back to another Super Bowl.

“Now, certainly with the cap situation this year going down, not going up, there’s a lot of tough decisions that have to be made because no one planned for this,” Cowher said. “I think every team’s going to be going through this. When you plan for a cap, you plan two to three years out. And so all of a sudden you have this COVID year coming in and the cap, instead of going up, has gone down dramatically. So, consequently, there are going to be some tough decisions that you have to make in regards to personnel.”

One of those tough personnel decisions the Steelers will obviously have in the coming weeks will revolve around quarterback Ben Roethlisberger, who is set to make $19 million in 2021 as part of the final year of his current contract. Because of that, Cowher was asked if he thinks Roethlisberger will come back for the 2021 season and if he thinks the veteran quarterback should come back for at least one more season. Cowher did his best part to sidestep those questions.

“Listen, I think he’s done so much for the organization,” Cowher said of Roethlisberger. “I think that he wants to come back and I think that you could see that in this play this year. And so, can you bring everybody back? You can’t and you never can every year. So, you have to sit down and make those decisions, understand where you are, and then moving forward, take your team and let’s see what happens.”

One question Cowher didn’t sidestep concerned his thoughts on if he’d ever return to the NFL as a head coach and if he ever thought he would love broadcasting as much as he seemingly does.

“I don’t know if it really was so much the broadcasting part of it,” Cowher said. “I think when I did step down, I stepped down for family reasons and it didn’t really unfold the way I thought it was going to. My wife passed away three years later, and I ended up moving to New York and meeting my current wife. And I think the biggest thing that I’ve taken away from it was when I did step away, is that I had more balance in my life than I ever had before. So, actually had an offseason for the first time. But here I am now 14 years later and one thing I’ll say, I haven’t lost a game in 14 years.”

At the end of his interview, Walsh reminded Cowher that everyone in Pittsburgh always loves to see him and that they appreciate him. Cowher had the perfect response to that while pointing to Steelers helmet with the Super Bowl XL logo over his right shoulder.

“And that’s what this is for. You can take the people out of Pittsburgh, but not the Pittsburgh out of people,” Cowher said.