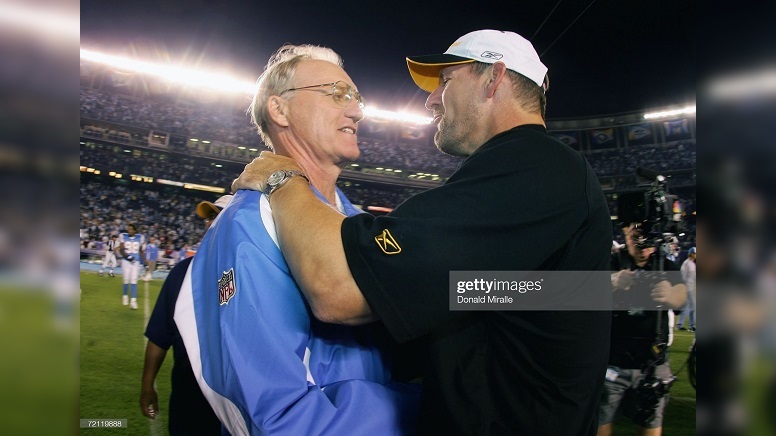 Some sad news for the football world on Tuesday as former longtime NFL head coach Marty Schottenheimer died Monday night in Charlotte, North Carolina, his family said through Bob Moore, a former Kansas City Chiefs publicist. Schottenheimer was diagnosed with Alzheimer’s disease in 2014. He was moved to a hospice on Jan. 30.

Schottenheimer was the eighth-winningest coach in NFL history. He went 200-126-1 in 21 seasons with the Cleveland Browns, Kansas City Chiefs, Washington Football Team and San Diego Chargers. On the heels of the Schottenheimer news breaking Tuesday morning, former Pittsburgh Steelers head coach Bill Cowher took to Twitter with some touching words about his coaching mentor.

Marty, you always said, "There's a gleam, men!" It's true, and that gleam is, and always was, YOU. Rest in peace Coach, love you. pic.twitter.com/PONiVZxm8f

“It’s hard to put into words what Marty Schottenheimer meant to me,” Cowher wrote in statement he shared on Twitter. “I played for him, I coached for him. He mentored me from the moment I met him. He was an amazing coach, teacher, leader, and most importantly, my friend. My condolences to Pat, Kristen and Brian. I will always be indebted for the guidance and support he provided. The NFL lost a legend, but heaven has been blessed with a leader. Marty, you always said, ‘There’s a gleam, men!’ that gleam is, and always was, YOU! Rest In Peace, Coach. I LOVE YOU. May your spirit live on forever.”

A Canonsburg native, Schottenheimer attended Fort Cherry High School and graduated from the University of Pittsburgh, where he earned three varsity letters.