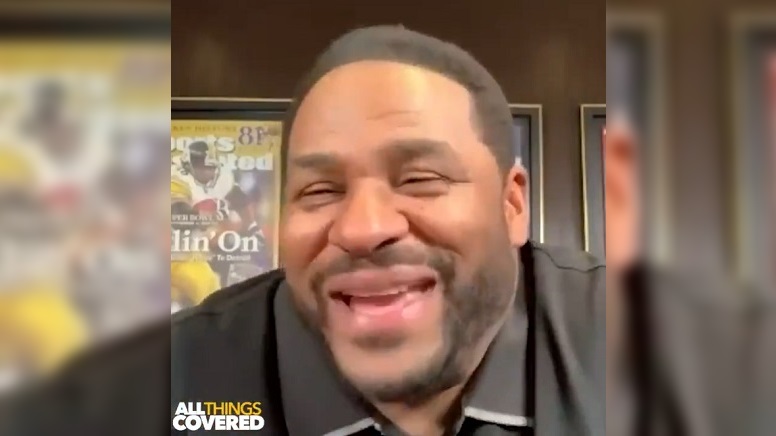 Hall of Fame running back Jerome Bettis played with a lot of fine players during his career with the Pittsburgh Steelers. Recently, Bettis was asked to name his Mount Rushmore of former teammates of his during in an interview with Bryant McFadden on his podcast, ‘All Things Covered.’

Who is on your Steelers Mount Rushmore?

Jerome Bettis did an all-time version and also a version for the guys he played with 👇 #HereWeGo pic.twitter.com/OeY8JMIcxI

Bettis went right at attempting to rattle off the four names on his teammate Mount Rushmore but it didn’t take him long to get bogged down and needing to make some tough decisions.

“I’m going to exclude myself because I need more space,” Bettis first joked. “Dermontti Dawson. Dermontti Dawson was arguably the best center ever to play in the NFL.”

After naming Dermontti Dawson as his first choice, Bettis then quickly named another Hall of Famer he played with, safety Troy Polamalu, as his second choice for his teammate Mount Rushmore. His next selection was an interesting choice, however.

After surprising us with Lloyd, Bettis admitted that he was torn between two players as his fourth and final choice.

Should Bettis had included quarterback Ben Roethlisberger on that list? After all, Roethlisberger’s shoe string tackle after Bettis’ goal-line fumble against the Indianapolis Colts in the 2005 road playoff game saved the running back’s legacy, so to speak. Also, are you surprised he chose Lloyd over Joey Porter? I am.

It certainly is hard to argue with Bettis’ first two selections of Dawson and Polamalu as they are really automatics.

So, who are your four Bettis teammates that would make up a Mount Rushmore?