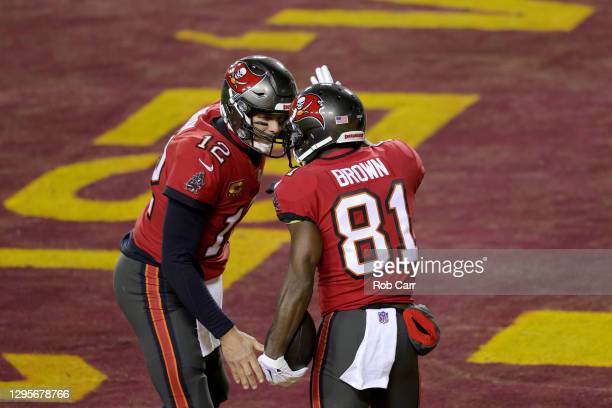 The Kansas City Chiefs produced precisely zero touchdowns, either against the Tampa Bay Buccaneers’ defense or through any other means, during their highly disappointing showing in the Super Bowl last night. The Buccaneers, on the other hand, produced four, and all of them were scored by veteran players who were new to the team—two of whom were added in-season.

One of those touchdowns was scored by wide receiver Antonio Brown, who has had an eventful last couple of years in his personal and professional life. Since orchestrating a planned divorce with the Pittsburgh Steelers in the Spring of 2019, his life has been in an uproar, only finally beginning to settle when he joined Tom Brady in Tampa following an eight-game suspension.

While he still has pending litigation pertaining to his off-field issues, which include multiple women having alleged that he sexually assaulted them, among other lawsuits, he has been allowed to resume his career, and he was a positive contributor for the Super Bowl winners. He caught 45 passes for 483 yards and four touchdowns in eight games during the regular season across just 323 snaps.

Brown previously played with Brady for a short window of time in 2019 while with the New England Patriots, but his off-field issues led to his being released after logging time in just one game, in which he caught a touchdown pass.

Brady personally recruited Brown to come to Tampa with him, and convinced the Buccaneers to sign the embattled receiver, after head coach Bruce Arians had previously said that there wasn’t a place for him. They found one, however, and now, after converging for a championship, he is hoping to continue that relationship.

“I would love to be to be back here next year. It would mean everything to be back”, he told reporters following the Super Bowl win. “I’m just excited … super grateful. I’m ready to go. … This is a great spot for me and I would love to come back and give it another shot at a two-peat”.

No team has achieved a two-peat, better known as a repeat, since Brady’s Patriots did so in 2003-04. He just prevented the Chiefs from becoming the first team to do so since then, and now is looking to become just the second quarterback ever to do it twice, the other being Terry Bradshaw of the Steelers.

Brown credited Brady heavily for taking him under his wing and trying to get his life back in order after seeming mental health problems exacerbated the large number of situations he had gotten himself into, including routinely putting his foot in his mouth on social media.

For the many things that he is, and has been in recent years, he added another that he will be for all time, and that is champion. He very much has Brady, and Arians, to thank for that, so it’s no wonder that he would like to keep the train rolling.