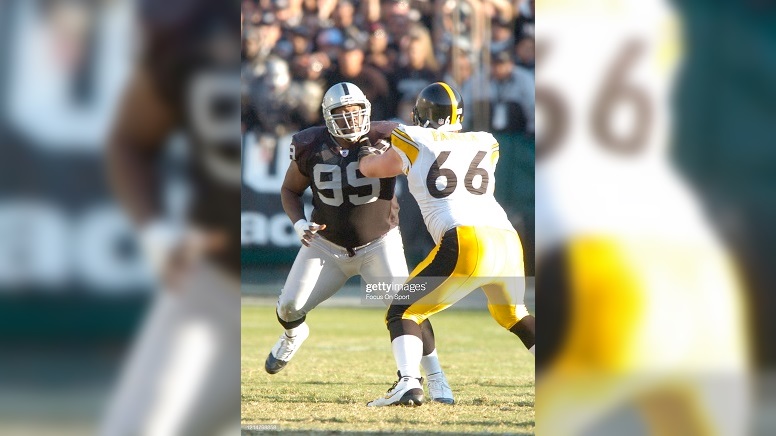 Not surprisingly, former Pittsburgh Steelers guard Alan Faneca made several media rounds this past week on the heels of him being voted into the Pro Football Hall of Fame last Saturday. A few days ago, Faneca took part in the Steelers Nation Unite Huddle to answer questions about his long career, making the Hall of Fame and more. During that call with fans, Faneca was asked who the most difficult player he played against in his 13-year career. The first three players he mentioned in his answer to the question were linebackers Ray Lewis and Junior Seau and defensive tackle Haloti Ngata.

“So many guys,” Faneca said. “The names that come to heart, to mind first, are the guys like Ray Lewis. So smart. The battle of wits and strength going on there when you’re playing against Ray. Junior Seau had to be hands down the smartest guy I’ve ever played against in the world. He was a savant on the field like the linebacker from ‘The Program,’ if any of you guys remember that movie from back in the day. He just knew things before he even saw it the first time. He didn’t even need to see it one time to know it was coming the second time. He knew it was there the first time and would line up in the hole, and you would be ‘how does he know we are doing that? We haven’t even run this play in like a month.’ It was just amazing. Big guys with their hand down in the ground. Haloti Ngata was a load, man, he was so good and so strong. Big guy, gave me lots of fits.”

After naming off Lewis, Seau and Ngata, Faneca then turned his attention to the player he believes gave him the most fits during his career and that’s fellow Hall of Fame member Warren Sapp.

“The guy that made me work the hardest was Warren Sapp,” Faneca said. “He just played the position completely different than any other defensive tackle in the game. If you didn’t change how you played offensive line against him, you were going to get beat on Sunday. So much about playing offensive line is repetition and routine and doing things day in and day out. Every time you snap the ball, you’re doing the same thing, that’s what makes a good o-lineman really good, and you couldn’t do that against Warren.

“So, it’s Week 12 and you’ve been doing the same thing for 12 weeks and all in training camp and everything. And it’s Week 12 and you’ve got Warren Sapp and you’ve got to go in there on Tuesday and pull your scout team guy aside and say, ‘Look, I need these things from you and I need you to go hard all week. This is not a normal week. I need you to make me better this week.’ Because you’re going to have to work on different things and just get used to it so you can go out there and be successful on Sunday.”

In total, Faneca faced teams that Sapp played on five times and all as a member of the Steelers. The Steelers won three of those five games and Sapp managed to register just seven total tackles and one sack in those contests.