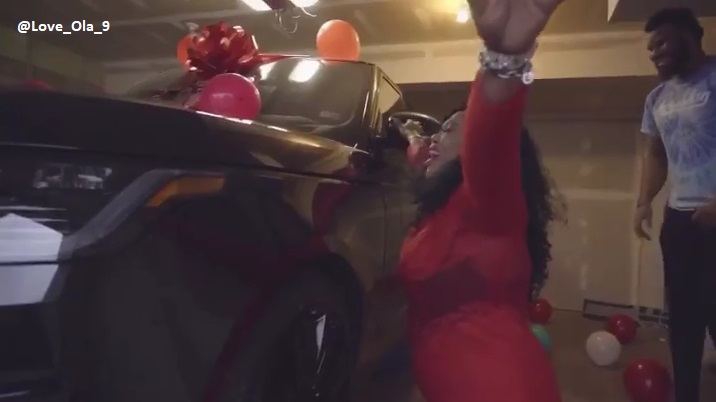 Here’s something sure to make you smile on a Friday night. Pittsburgh Steelers outside linebacker Olasunkanmi Adeniyi recently treated his mother, Esther Adeniyi, to an incredibly special birthday and were the gifts ever nice.

In a video posted by Adeniyi on Twitter, you can watch him first surprise his mother with a new purse for her birthday. After that gift is given, Adeniyi takes his mother outside while she keeps her eyes closed. When she opens her eyes, Adeniyi ‘s mother turns around to find a new Land Rover in an opened garage.

Today was a special day it was this queens birthday. I’ve dreamed of doing this for her for years, and I’m thankful I’m able to do it now. Had to start 2021 of right. Preciate everyone that could make this happen. Love you Ma 😘❤️👑 #BIG56 pic.twitter.com/5gCaX8mMwj

As you can probably imagine, Adeniyi’s mother is quite surprised by the gifts and her reaction tells it all.

A few years ago, around Mother’s day, Adeniyi made his thoughts clear on what his mother means to him and how she moved the family to Nigeria as a single mother when he and his brother were kids.

“Being raised by a single mother, a strong single mother, was one of the best things that happened to me,” Adeniyi told Teresa Varley of steelers.com. “She didn’t want me playing football at first. She finally said go for it. She supported me. She made me the man I am today. She is a strong independent woman. We are similar in that way. I have so much respect for her. I love her. She raised my brother and I well.”

Adeniyi, who signed originally with the Steelers in 2018 as an undrafted free agent out of Toledo, is scheduled to become a restricted free agent in March.