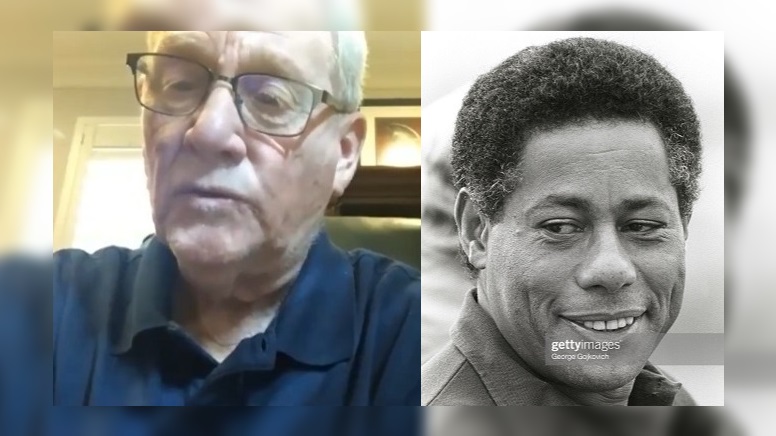 The Pro Football Hall of Fame Selection Committee meetings took place on Tuesday to determine which of this year’s finalists will make up the Class of 2021. As part of those meetings, Hall of Famer and former NFL general manager Bill Polian was asked to make the case for former Pittsburgh Steelers scout Bill Nunn as a contributor.

“He was the authority, while working for the (Pittsburgh) Courier, on HBCU football. He might well have been termed the Scout-in-Chief of HBCU football,” Polian said.

The HOF Selection Committee is meeting virtually today to discuss the candidates for the #PFHOF21 Class.

A Pittsburgh native, Nunn attended Westinghouse High School and then West Virginia State College. He went on to serve as a sportswriter, sports editor and managing editor of the Pittsburgh Courier in the mid-1960s. In 1967, he joined the scouting staff of the Steelers and played a major role in building the Steelers’ Super Bowl championship teams of the 1970s. Part of that famed scouting career of Nunn’s included the scouting and drafting of Steelers players such as L.C. Greenwood, Mel Blount, Ernie Holmes, John Stallworth, and Donnie Shell.

Nunn was one of the architects of the Steelers famed 1974 draft class that helped the franchise win four Super Bowls and Polian made sure to passive that as well.

“Bill Nunn helped create one of the greatest teams of all time,” Polian said on Tuesday.

Nunn would become the first Steelers Hall of Famer nominated as a contributor if ultimately selected as a member of the 2021 class. Executives Art Rooney Sr. and his son Dan Rooney were inducted into the Pro Football Hall of Fame prior to the designation in 1964 and 2000, respectively.