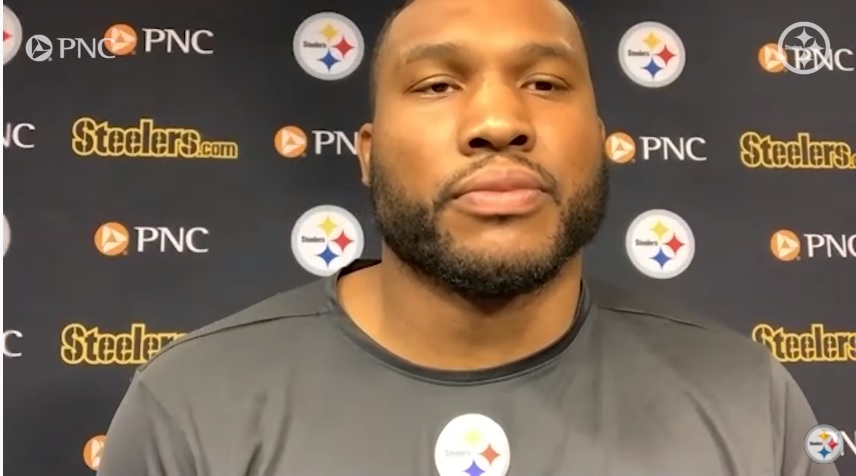 It’s a low bar to clear but Stephon Tuitt is expecting a much better Pittsburgh Steelers’ defense than the last one to take the postseason stage. If you remember (despite trying to forget) that defense gave up a whopping 45 points to Blake Bortles and the Jacksonville Jaguars in the 2017 Divisional Round, sending the Steelers home in upset fashion. In speaking to the media yesterday, Stephon Tuitt lamented that performance.

“Wasn’t a great day” is putting things charitably. The Steelers’ defense was an utter mess. They dug themselves into a 14-0 first quarter hole after allowing Leonard Fournette to find the end zone twice. Pittsburgh’s offense didn’t do them any favors, turning the ball over deep in their own territory and waiting until the end of the half before showing signs of life. But the defense never responded to the challenge. The 45 points they gave tied for the most by the Steelers in postseason history, though to be fair, seven of those came off a Jaguars’ defensive touchdown. Still, no matter how you slice it, it was an ugly performance.

“When we play Cleveland Browns, we will make sure that we’re not in that position to be put on the stand like that. We’re going to make sure we go out there and play good defense.”

This 2020 defense is vastly improved from 2017. This group is strong at all three levels. All-Pros along the defensive line (Cam Heyward), linebacker (TJ Watt), and secondary (Minkah Fitzpatrick). Tuitt himself was worthy of All-Pro consideration, having a career year with 11 sacks. But he knows winning Sunday starts with handling the Browns’ ground game.

“They have a good running game with Nick Chubb and Kareem Hunt. We want to make sure we plug up these holes and make sure everybody is doing their job.”

Cleveland boasts one of football’s best ground attacks. They put up 192 yards last week against Pittsburgh, a game where Heyward and Watt didn’t play but other key starters, including Tuitt, did.

Tuitt believes the experience taken from the Jags’ game will help this team tomorrow night.

“A lot of guys from that game when we played Jacksonville are older and understand how hard it is to make the playoffs. Because we missed a couple since then. So we’re definitely passionate and definitely understand how few and far between these opportunities come and make the most of it.”