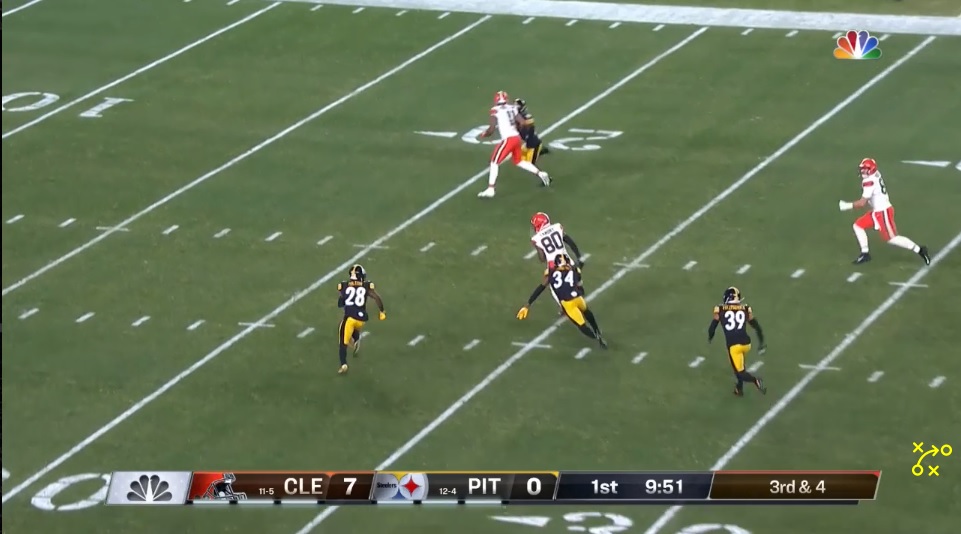 1. Worst. Start. Ever. – The phrase “no one could have predicted” is used way too often.  However, snapping the ball over the quarterback for a defensive touchdown is worthy of such a phrase.  I honestly laughed. That nervous but not surprised laugh when something bad happens.  We’ve seen it for two years.  That is the sixth fumble credited to Maurkice Pouncey over the last two years. He had two in his career previously and those were in 2012.  That doesn’t include all the errant snaps that were saved over the last two seasons. This was the spark to an atrocious first quarter.

2. Worst. Quarter. Ever. – The aforementioned snap. I think they were 1 for 3 in short yardage plays. There were inaccurate throws. There were dropped passes. The run defense was nonexistent that included consecutive runs of 17, 20 and 11 yards. There were three turnovers. Twenty-eight points allowed while again scoring nada.  Two penalties on Matt Feiler that I felt were both bad calls. Giving the ball to Derek Watt twice when he hadn’t touched the ball all season.  This script would have been rejected by Hollywood because it lacks any semblance of reality.

3. Just Short Again – I don’t know if anyone keeps track of this stat but I think the Steelers may have set a record this year for being tackled just short of the line to gain. I’m not just talking about short yardage here; I’m talking about any down and any yardage. First and ten they get tackled after nine.  Second and 4, gain three.  Third and twenty-two, you get what I’m saying.  All season it seems I would see a play develop and think just get the first down and they would consistently come up just short.

4. WR Pet Peeves – The Steelers have an outstanding group of receivers and other than the drop issues earlier in the year I don’t remember having a lot of bones to pick with them. Until now.  First off, after making a reception please go forward. Twice in the past few weeks Chase Claypool has caught a pass and run back five yards limiting the gain.  Diontae Johnson seems to try to run backwards to get around a defender to avoid a hit or trying to gain yardage at least once a gain. I understand you want to make a bigger play but how often does that happen.  I think I saw it about five times in this game. Take the positive yardage.  And Diontae, can you get some cleats that will help you from slipping down when you make a cut. Again, happens way too often.

5. You Can Hear the Difference – I have opined about the lack of physicality from this team in the past couple weeks and have heard conflicting opinions in return. Throughout this game I again think it was lacking but this time I think you could actually hear the difference. When the Steelers tackle you barely hear the snap of the pads. There were a lot of guys sliding down players until they were tripped up.  When Cleveland tackled the pads were popping on almost every play.  Go back and listen and you can hear the difference.

6. Adapt and Overcome- Late in August of last year they Steelers took a chance by signing a guy who had been on two teams in two years who had five fumbles in sixteen games. The Steelers had a need and it was worth a shot. Ray-Ray McCloud has taken that chance and done all he can to make Pittsburgh look really smart. Career highs in punt returns, punt return yardage, kick returns, kick return yardage, receptions, receiving yards and just about everything else. Yes, he did have two fumbles but his season also got him 3 All-Pro votes.  What a year and turnaround for him.

7. Two Games Doesn’t Make it a Pattern – I hope. The last two playoff games have not been good for the Steelers. Despite being at home for both of them they have spotted the other team multiple scores both times.  Cleveland put up 28 points in this game and in the last game the Jacksonville Jaguars were up by 21 before Pittsburgh scored.  They had gone 7-1 in the eight previous home playoff games.  Sure with no fans this season it makes a difference but not a good pattern to follow.

8. The Choice to Punt – It was the first play of the fourth quarter. The Steelers were making headway with thirteen points in the third quarter and the offense seemed to be clicking pretty well. Partly because the Browns were playing basically a prevent defense but the offense was moving the ball. On fourth and one at the 46 yard line Mike Tomlin chose to try and draw them offside, not with the offense, but with the punt team.  The punt team should have never seen the field in the second half never mind in a critical situation. It was a horrible decision and any momentum they had landed 59 yards away with that punt.

9. Breaking Down the Defense – Injuries are part of the game that every team has to deal with but this defense was hit hard all year. Despite the impressive play of Alex Highsmith, the loss of Bud Dupree was huge for this defense. Linebacker was hit hard with Devin Bush out for the year and Robert Spillane, who played above what we all expected, missing extended time.  Not having Joe Haden makes a difference. And in this game Highsmith goes down early opening another wound. It was a trying season for many reasons including the pandemic issue and playing from behind so much late in the year.  They gave all they could but the death by a thousand cuts seemed to wear them down.

10. The Winds of Change – It was an up and down year that had promise and potential. The highs were high and the lows were low. One thing for sure, we won’t see this team again.  The Steelers have a long list of free agents and as usual not a lot of cap room.  There will be many decisions that need to be made and for some the Steelers won’t have any say.  There will be offers too good for players to pass up. It was an enjoyable season. Yes, frustrating at times but that is a part of fandom. I trust in Kevin Colbert and even though I will disagree with some of the player choices he makes he has proven himself time and time again. And everyone should send the Houston Texans a thank you card for not hiring Omar Khan. They are going to need his cap expertise maybe more than ever this year.

I wanted to give a big THANK YOU to all of you who read and interact with this article each week.  It is a fun one to write (and also therapeutic) and I read every comment you all take the time to attach to it.  I appreciate your opinions and feedback so keep them coming.