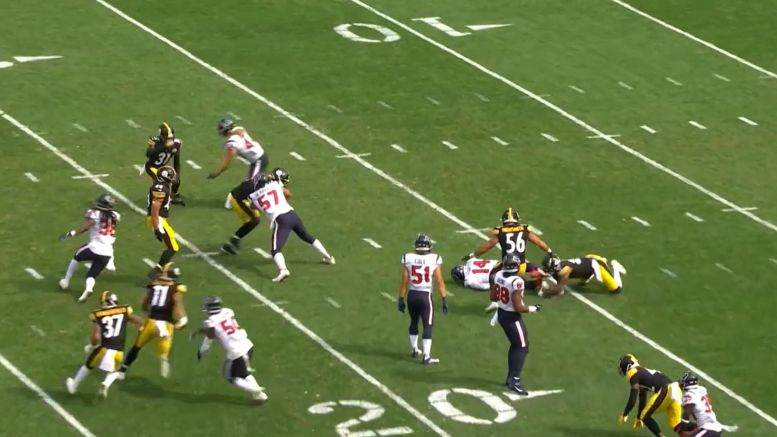 The end of the regular season brings Rick Gosselin’s yearly special teams rankings. A year removed from the top ten, the Pittsburgh Steelers finished a little below average. They ranked 18th in Gosselin’s rankings with 383.5 “points,” a data set of key special teams metrics including field goal percentage, net punting, and takeaways.

Pittsburgh’s best finishes came with their 29 punts inside the 20, ranking third, and their 95.8% field goal percentage, ranking fourth.

Chris Boswell continued his bounce-back seasons after a miserable 2018, living up to his contract extension. And while the Steelers got off to a bad start of the year with punter Dustin Colquitt, they turned back to Jordan Berry, who did a solid job the rest of the season. Berry finished 2020 averaging a career best 45.8 yards per punt. The Steelers’ kick return game was also its best in years, tied for 11th after being in the basement for far too long, though they faded down the stretch.

One of the biggest areas this special teams unit seemed to fall short was failing to block a field goal or punt. Pittsburgh seemed to apply less pressure on punts this season, rarely rushing aggressively, seeming to prefer to play things safe, block the coverage team, and let McCloud have a chance to run one back.

Their 18th place ranking falls about in-line with where the Steelers have placed over the years.

Here are the Steelers’ special teams rankings since 2016.

Danny Smith has served as the Steelers’ special teams coordinator since 2013. His contract status is unknown but there’s no evidence to support the team will move on from him in the offseason.

The top special teams unit according to Gosselin’s numbers were the New England Patriots. Rounding out the top five were: Seattle, Detroit, Indianapolis, and New Orleans. Baltimore was the top AFC North team at #6. The bottom three teams included the Rams, Vikings, and Chargers.