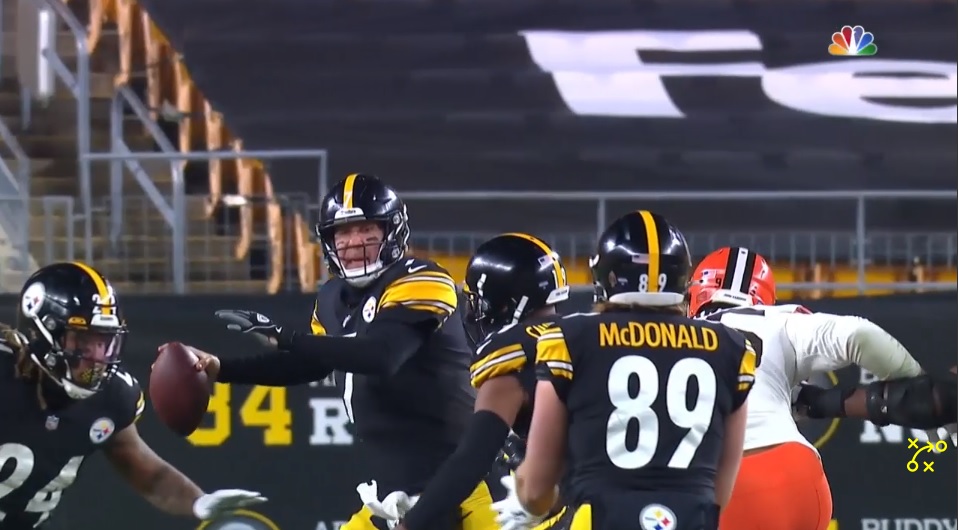 No team started as slow as the Pittsburgh Steelers’ offense did this season. They hit rock bottom in Sunday’s Wild Card loss to the Cleveland Browns, digging themselves a 28-0 hole – a franchise first – they tried and failed to climb out of.

You know their starts are bad. They know it too. But two stats really hammer home the point.

– Over their last eight games, including Sunday night, the Steelers were outscored 55-6 in the first quarter. Pittsburgh’s only points came on a defensive score, Joe Haden’s pick six against Robert Griffin III and the Baltimore Ravens. Chris Boswell missed the extra point.

The Steelers’ lone offensive TD came this season against the Tennessee Titans. The two defensive scores came last year against the Rams and Sunday night versus the Browns. Both bad snaps by Maurkice Pouncey that sailed over the QBs head and recovered by the defense.

There’s multiple reasons for this early-game failure. It falls on coaches for bad scheme and plan. Players on poor execution. And it’s just depressing to watch unfold.

Little of what the Steelers’ offense did this year felt sustainable for a playoff run. An inability to run the football for the entire season, sans the first four games. And an offense that waited until the second quarter to start playing.

Knowing that, it’s almost a surprise the Steelers were as successful as they were this season. Those are numbers of a 5-11 team. Not one that was the league’s last undefeated club.

All Tomlin could say when asked about these painfully slow starts was that they’ll take a look at things.

I don’t know if Sherlock Holmes could even crack this case. It’s all ugly and like so many looming issues with this team, I’m not sure how it gets solved.