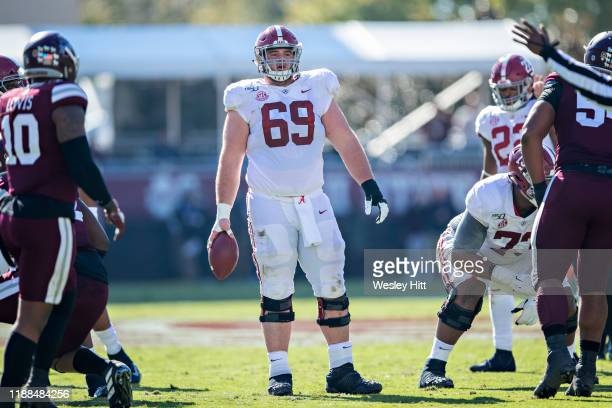 This series will look at each position to evaluate the level of want and some of the prospects who might be available in those early rounds. Earlier posts:

The Situation at Center

The Steelers have a better tradition of all star Centers than any other team in history. Full stop. Mike Webster and Dermontii Dawson occupy the top of this Mount Rushmore, followed by Maurkice Pouncey and then Jeff Hartings, an all star in his own right. We fans are as spoiled as spoiled can be, and have been since the 1970’s.

What makes a great Center? I touched on this in an article from back in early December. It starts with an amazing football IQ to read defenses and make the line calls. The great ones also possess the leadership and communication skills to keep the OL in sync as a unit, while also coordinating with the Quarterback. Then… well, I suppose something physical would come in next. Perhaps the edge-of-nerve quickness to snap the ball and then get into the opposing DT before he can get going. After that you get to all the other physical attributes, such as the ability to anchor, power to drive block, mobility to pull, athleticism to catch and pin shifty LB’s and Safeties in space, and balance to stay in phase despite the best efforts of your NFL opponents to yank, shove, and juke you out of position.

The point being, it’s mental first, mental second, and only then the things that you and I can try to see on film. Please take that planet sized asterisk into account every time you see me talk about draft grades and pro projections.

Okay, let’s move on to the current roster.

Translation: Center is an Important Want if Pouncey will be back for 2021, and an actual Need if he retires. So what is available in the draft?

Center is a subtle and hard position to scout, and would be nigh on impossible if the rumor mill wasn’t so loud about college Centers who display those all-important above-the-neck factors. But even the loudest rumor mills can only be trusted so far, and the 2021 class does not include any prospects accompanied by the whisper of being a generational talent. Good, yes. Several of them. Special, no.

OTOH… Matt Feiler is due for a decent sized payday on the free agency market. That means the Steelers will have the same depth issues at Guard as they will at Center. Several of this year’s Centers profile equally well at both positions, which is rare. Getting that kind of twofer, especially in Round 2 or 3, could make a lot of sense and provide a lot of draft flexibility in the years to come.

Here are the best 2021 Center prospects of the draft, with a bonus summary of a prospect who will either be a great developmental prospect for this year or a name to remember for 2022.

It is hard to see a situation where one of these players will end up getting picked by the Steelers in Round 1. There’s just too many exceptional talents at Tackle, RB, Corner, Edge, and even ILB. The exception is Rashawn Slater, who would probably be picked more with Tackle in mind, and isn’t likely to fall out of the Top 15 anyway. The sweet spot is Round 2, with Round 3 as the fallback. Round 4 would probably be too late.

But there are some other factors to consider. First, remember what I stressed above: Centers are notoriously hard for amateurs to scout because so much of the equation has to do with above-the-neck factors. The grades listed above will be tentative even in April, and they are very tentative now. Then there’s this.

I’ve been doing this long enough to remember back in 2013, when the Dallas Cowboys spent a 1st Round pick on a Center that the public consensus firmly put in the Round 2-3 range. We all laughed at the time, but Travis Frederick turned out to be a darned good investment. Humphrey, Myers, or Dickerson could all make that exact same leap up Pittsburgh’s board – properly – if the team determines that he is as special as Frederick in the upstairs department.

Then there’s the Steelers history of prioritizing OT the middle of the line over the emphasis that most teams place on bookend Tackles. Go back 50 years and you will see only three Round 1 Tackles picked by the Steelers. The first was Leon Searcy at #11 overall in 1992. He qualifies as a significant disappointment for such a pricey selection. The next two were basically busts: Tom Rickets at #24 overall in 1994, and Jamaine Stephens at #29 in 1996. No Tackle has been picked in Round 1 since in the quarter century since then.

Centers, by contrast, have been the heart of Pittsburgh’s O-Line philosophy since the 1970’s. See the list above. Between Faneca, DeCastro, Colon, the Big Ragu, and now Dotson, we’ve been spoiled almost as badly when it comes to Guard. Thus the team may care more about these Center prospects than most people think, with less priority on the much more extensive Tackle class.

Ask me next May and I’ll be able to give you a much more accurate take.