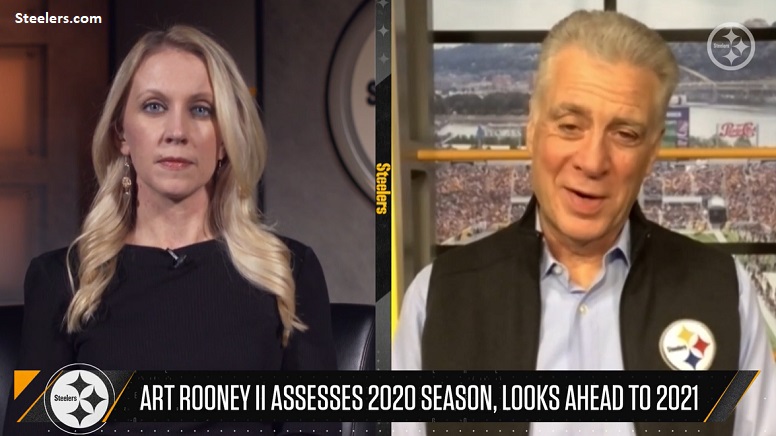 It’s been almost one full week since Pittsburgh Steelers tight end Vance McDonald announced that he’s retiring from the NFL. So, will there be other Steelers players to follow McDonald’s lead in the coming weeks? That was a question that Missi Matthews of steelers.com asked Steelers team president Art Rooney II on Thursday and his response was interesting to say the least.

“You know, we’ve heard about one other player that may announce his retirement, so I’ll leave that up to him to decide if he wants to do that or not,” Rooney told Matthews. “So basically, I think that we’ll let that play out over the next few weeks and see where we go. More pieces of the puzzle will unfold probably here over the next several weeks.”

So, is Rooney talking about Steelers center Maurkice Pouncey possibly retiring? That would be the most logical assumption based on everything that’s been reported so far this offseason. That said, NFL agent Ryan Tollner, who represents Steelers quarterback Ben Roethlisberger, seemingly dropped a hint on Thursday that Pouncey might be back in 2021.

Former Steelers guard Ramon Foster recently addressed rumors of Pouncey already deciding to retire on social media and in essence said his former linemate has yet to decide if he’ll retire this offseason. So, there you go.

Other than Pouncey, I suppose one could make an argument that tackle Alejandro Villanueva might be a candidate to retire in the next seven weeks. After all, Villanueva is set to be an unrestricted free agent on March 17 and will turn 33 years of age not long after the 2021 season gets underway. The Steelers aren’t likely to re-sign Villanueva and thus he will likely need to resume his NFL career with another team in 2021 if he still wants to play.

Other elders on the Steelers roster that might consider retiring this offseason are cornerback Joe Haden and Tyson Alualu. Haden, however, has shown no visible signs that he’s thinking about retiring. He also has one year left on his current contract. As for Alualu, like Villanueva, he’s scheduled to become an unrestricted free agent in March as well. That said, it would not be shocking to see him re-sign with the Steelers for at least one more season in the next seven weeks.

Whomever the player is that Rooney is referencing that might retire, I’m guessing we won’t have too long of a wait to find out who it is. With the start of the 2021 league year now a little less than seven weeks away, any player considering retiring will likely need to make a final decision well before March 17.