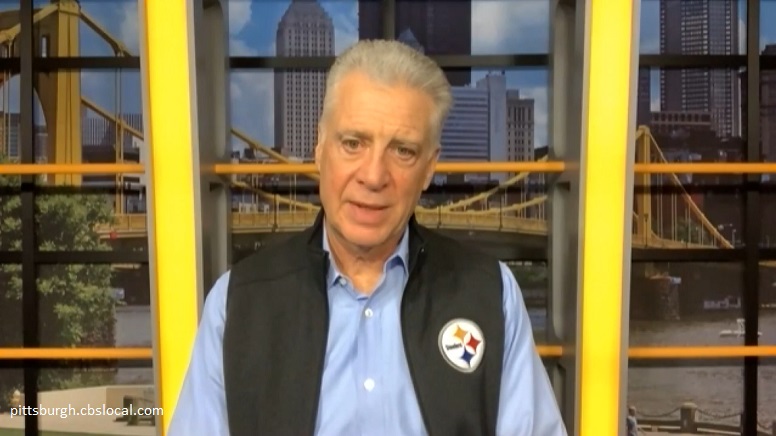 All signs are currently pointing toward the Pittsburgh Steelers having veteran quarterback Ben Roethlisberger back in 2021. In short, barring he and the Steelers not being able to work out some sort of contract alteration that results in Roethlisberger’s $41.25 million salary cap charge in 2021 dropping some, he’ll be back. That noted, the Steelers team president Art Rooney II seemed like the organization is more than comfortable in turning to backup quarterback Mason Rudolph as the team’s starter should Roethlisberger wind up not being back in 2021.

On Thursday, Rooney had a one-on-one interview with Bob Pompeani of KDKA-TV and during it he was asked if the Steelers have backup plan at the quarterback position should by chance things not work out with Roethlisberger this offseason.

“Well, obviously Mason Rudolph would be the number one person we’d think about,” Rooney told Pompeani. “And, you know, Mason’s had a good few years now in terms of putting himself in a position to potentially become a starter in this league. I think a few more preseason games, a little more playing time, would be what he needs. But I think what he’s shown so far, he’s capable of being a starter in this league.”

Several times in the last few days we have heard Rooney speak quite positively and Rudolph and him believing the Oklahoma State product can be a starter in the NFL. Does that mean Rudolph will eventually be the Steelers starter in 2022 should Roethlisberger return and play just one final season in 2021? Odds are probably rather good at this point that Rudolph won’t end up succeeding Roethlisberger and mainly because his rookie contract being set to expire after the 2022 season.

Assuming Rudolph only plays sparingly in 2021 as Roethlisberger’s backup, the former third-round draft pick will go on to be an unrestricted free agent a little more than a year from now. In short, the Steelers would likely need to work out a fairly nice multi-year new contract with Rudolph prior to the 2022 free agency signing period begins if they want to ensure him being back and being the starter 2022.

Rooney has already said once in the past several days that the Steelers will explore adding yet another quarterback to their roster this offseason as the team currently has only Roethlisberger, Rudolph, and newcomer Dwayne Haskins under contract for the 2021 season. Haskins isn’t guaranteed to stick, at that, so it makes sense that the team would add at least one more quarterback to their roster prior to offseason program getting underway.

Will that next quarterback added come via free agency or the draft? We’ll see in the coming months. If one is ultimately added via the draft and in the few rounds, that will be even more writing on the wall that Rudolph’s time with the Steelers, like Roethlisberger’s, will be up for good after the 2021 season ends.