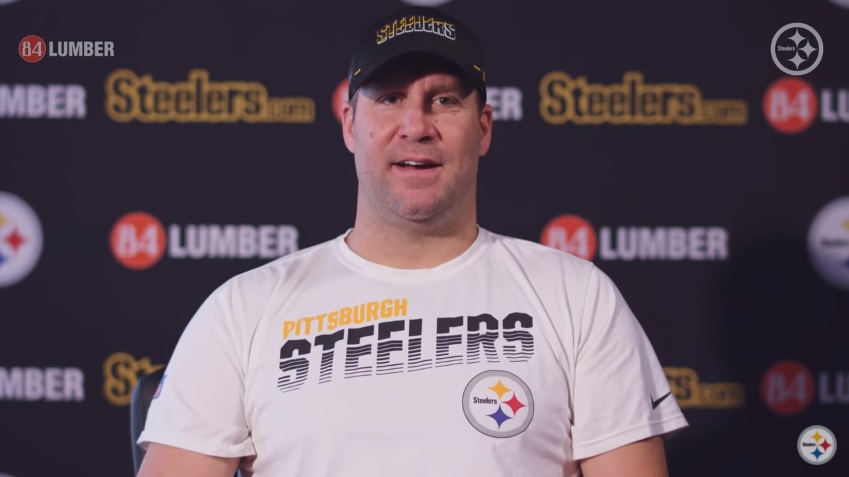 After 17 years in football, Ben Roethlisberger knows how hard the journey is. Rookies who see instant team success assume it’ll be that way every single season. But for a veteran like Roethlisberger, he’s cherishing these playoff chances more than ever. Speaking with Steelers.com’s Missi Matthews, Roethlisberger explained his postseason mentality.

“You don’t know how many you’re going to have, how many are going to have left. And that was one of my messages to the guys was you don’t take this for granted. I’m not taking it for granted. And they shouldn’t either. You never know in this league and this business. You can’t say, ‘I’m going to make it every year and next year will be the year’ because you don’t know. There have been some Hall of Fame players that have spent 30 years in this league and only made the Super Bowl once.”

Roethlisberger is referring to Mike Munchak, who’s made just one Super Bowl during his long career as coach and player, a case-study the team often referenced when Munchak was with Pittsburgh.

Roethlisberger’s experience was that of someone who had immediate success. He led the Steelers to a 15-1 record his rookie season and a trip to the AFC Title Game. The next year, he won a Super Bowl. That isn’t the path most young players take. Recent Steelers’ rookie classes know that. JuJu Smith-Schuster has played in just one playoff game in his first three years. Those drafted in the 2018 or 2019 class will be making their postseason debut Sunday night. That’s been the emphasis of the Steelers players-only meetings, Roethlisberger said the team recently held another, to put playoff scarcity in perspective.

“And so it’s really important that all of us understand that. And that’s the approach I’m taking is just man. Is could this be my last postseason game? I don’t know. So I’m going to treat it like it is.”

He says that was advice given to him before his first career playoff game back in 2004.

“I remember we had a group meeting. I don’t remember who got up and spoke but someone got up. And it was a veteran guy that had just preached how important this moment is. And this opportunity and every little mistake is magnified. Every big play is magnified. It’s a one game tournament truthfully. You’ve got to win that game to move on.”

Roethlisberger has even more reason to have the “is this my last game?” thought running through his mind. He may only have one or two seasons left. In an ultra-competitive division, getting to the playoffs will be hard, even with the league expanding to seven teams per conference. Given the state of the Steelers’ roster with several, key pending free agents, this is likely the team’s best chance for a Super Bowl run. Roethlisberger’s aiming to make the most of the opportunity.