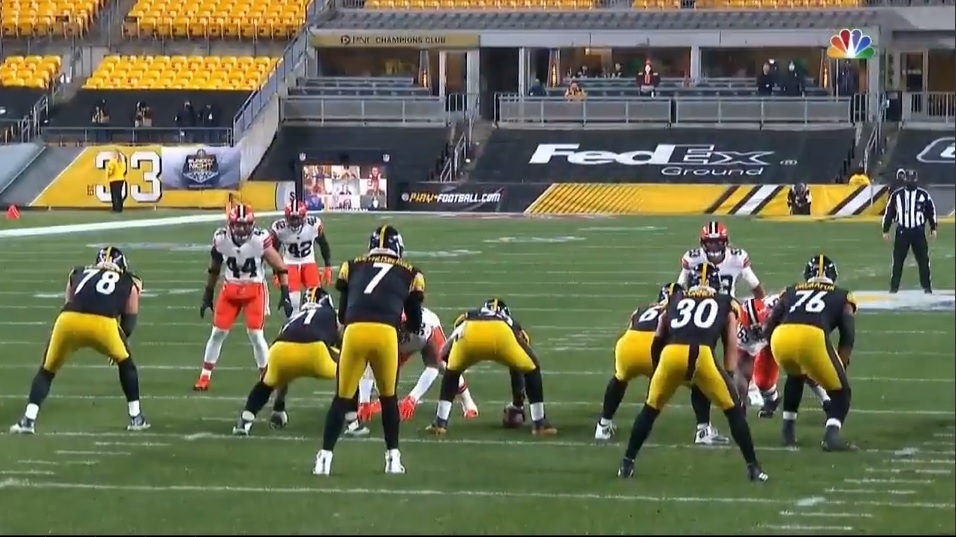 Few players have been around together as long as Ben Roethlisberger and Maurkice Pouncey. A special relationship exists between the two. Veteran center, veteran quarterback, each who have had the highest of highs, the lowest of lows.

When the dust settled Sunday night, they were the only two left on the bench. Soaking in the final moments of the 2020 season, one that ended too soon.

Talking with reporters after the game, Ben Roethlisberger was asked what the two discussed in that moment.

“I love that guy,” he said via the team’s Twitter account. “He is one of the best competitors and teammates I’ve ever had. It has been so much fun to share a football field with him. And I just, I hate that it ended the way it did. And I just wanted to apologize to him that I wanted to win it for him.”

Here’s a clip of the two after the game. Roethlisberger had tears in his eyes.

At the risk of being the cynical jerk here, Roethlisberger and Pouncey’s first half play is one reason why they’re both going home early. Pouncey sailed the ball over Roethlisberger’s head on the very first snap of the game, resulting in a Browns’ touchdown. And Roethlisberger threw four interceptions, three in the first half, to put the Steelers in a 28-0 hole. Their second half comeback wasn’t enough.

With Roethlisberger 38 and Pouncey turning 32 this summer, many will question how much time they have left together. Both are expected to return though Roethlisberger’s comments give me “Jerome Bettis 2005” vibes. Certainly, the odds of them winning a Super Bowl together get a whole lot slimmer. At the least, many will wonder if the Steelers should at least be drafting their future replacements, even if they won’t see the field for a season or two.

Roethlisberger and Pouncey have made this pact to hang up their cleats when the other does. Who knows if that pact will hold up. But unfortunately, after getting off that bench, they’re exiting the 2020 season together. Far sooner than what either planned for.