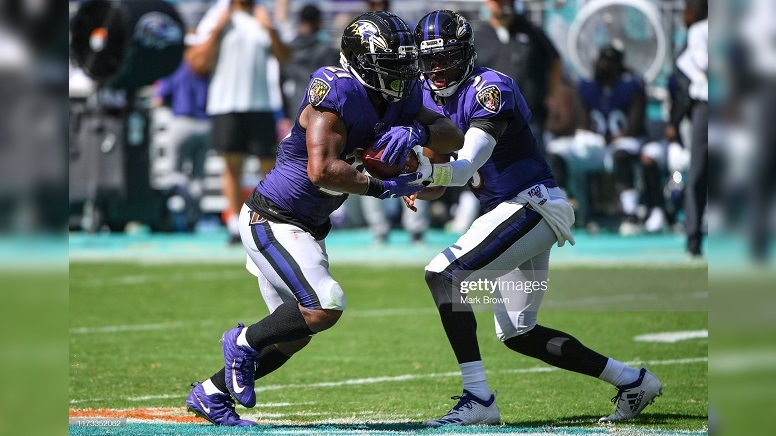 The Baltimore Ravens had their 2020 season end on Saturday in a Divisional Round playoff loss to the Buffalo Bills and on Monday the team started trimming their offseason roster with at least one more significant release expected to be made official on Tuesday.

Also waived by the Ravens on Monday were defensive back Davontae Harris, wide receiver De’Anthony Thomas (COVID opt-out) and defensive back Tramon Williams. Harris was on the Reserve/Designated to Return list.

Monday, night, several reports surfaced that the Ravens will officially part ways with veteran running back Mark Ingram on Tuesday. Ingram, who was held out of the Ravens playoff-exiting loss on Saturday to the Bills, had been passed on the team’s running back depth chart during the 2020 season by rookie J.K. Dobbins and veteran Gus Edwards.

Ingram finished the 2020 season with just 72 carries for 299 yards and two touchdowns. It was his least-productive season in his 10-year NFL career. Ingram originally joined the Ravens on a three-year, $15.5 million free agent contract in 2019 after spending his first eight seasons with the New Orleans Saints. His release on Tuesday will save the Ravens $5 million against the team’s 2021 salary cap.

Ingram, who is now reportedly healthy after missing time during the 2020 season with an ankle injury, still feels he can play, according to Adam Schefter of ESPN. For his career, Ingram, a former first-round draft pick out of Alabama, has rushed for 7,324 yards and 62 touchdowns in 132 total regular season games played in. He’s fourth among active players in total rushing yards, behind Frank Gore, Adrian Peterson and LeSean McCoy. Ingram turned 31 years of age in December.

The early waiving of several veteran players such as Griffin and Ingram by the Ravens will give those individuals a jump on soon-to-be free agents around the NFL.