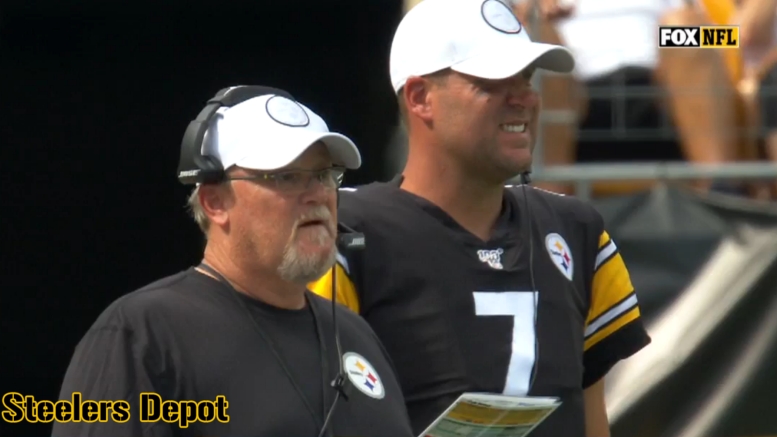 The Pittsburgh Steelers may have lost their last game, but they won the last time Ben Roethlisberger was on the field, doing so in impressive comeback fashion against a good Indianapolis Colts team that just gave the Buffalo Bills about all they could handle—at least before Philip Rivers fizzled out late.

The reason, of course, that Roethlisberger was not on the field for the Steelers in their last game was specifically because they wanted to give him rest and to protect him in a largely meaningless regular season finale against a team in the Cleveland Browns that had everything to play for.

Head coach Mike Tomlin talked about ‘air mailing’ some veteran players into the postseason by not exposing them to the game or to travel in the regular season finale, giving players like Roethlisberger and Cameron Heyward and Maurkice Pouncey that time off, to be ready to go for the postseason.

According to offensive coordinator Randy Fichtner, that strategy worked out well, telling reporters last week that Roethlisberger responded to the week off “in a really good way. He’s got a lot of energy right now. He’s running around and he’s wanting to be in meetings and talking about ball and talking about, ‘hey, we can do this, we can do that’”, he said. “I’m like, ‘hey, we can’t do too much. There are only about 75 plays in a game. We can come up with 200 calls, but I don’t know if that’s the prudent thing to do’”.

“He’s been really into it”, Fichtner added. “I think that from a freshness standpoint, we didn’t just say Wednesday was off like normal. He took a Wednesday practice. He didn’t do everything in every period but took what was necessary. And I think he walked out of the practice feeling very good about his physicalness and where he was at”.

One would hope that Roethlisberger could get pretty fired up for a postseason game, considering the fact that he has repeatedly said that the goal of winning more championship titles is basically the only reason that he has chosen to continue to play.

Not to mention the fact that he hasn’t played in a postseason game in just under three years. his last playoff appearance came on January 14, 2018, against the Jacksonville Jaguars. Despite throwing for 469 yards with five touchdown passes to one interception, they lost 45-42.

The year before that, he did help the Steelers advance to the AFC Championship Game before falling to the New England Patriots. New England didn’t even qualify this year, but if the Steelers intend to make it to their first Super Bowl since 2010, they will first have to go through Buffalo, and then through the Kansas City Chiefs—that is if they take care of business today at home against the Browns.