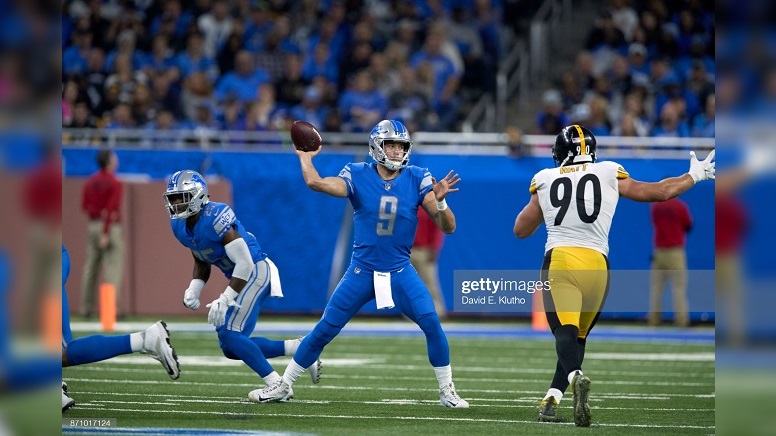 The Detroit Lions and Matthew Stafford intend to part ways this offseason after a 12-year partnership that resulted in zero playoff wins. The soon-to-be-33-year-old quarterback has thrown for over 45,000 yards in his career with 282 touchdown passes to 144 interceptions, but has a career 74-90-1 record overall.

Ordinarily, he would be the biggest name available, but this is an offseason during which potentially a number of big-name quarterbacks could be making a move in one way or another, even with Aaron Rodgers seemingly dropping hints that he wouldn’t mind a change of scenery, though the Green Bay Packers would have to eat a lot of cap space to make that happen.

So where might a seasoned veteran like Stafford end up? Perhaps to a team with an aging veteran quarterback who is past his prime? As people are wont to do, it’s no surprising that some have connected the Pittsburgh Steelers to him. One such individual was Peter King during his Monday Morning Quarterback piece.

King listed seven teams as potential landing spots for Stafford—which is nearly a quarter of the league, of course, so casting a wide net there—but he also seemingly ranked them in order of likelihood, with the Steelers being listed sixth, behind the Colts, Broncos, Patriots, 49ers, and Washington, with the Saints being seventh. He writes of the Steelers:

Not Pittsburgh’s style to nudge Ben Roethlisberger into retirement, but did you see the Statuesque One in the last month of the season? Compensation: 24th overall pick in the draft.

Not much of an analysis offered there, and thus certainly makes it sound like it’s based entirely on speculation and educated guessing without any meaningful insight, but there you have it. The odds of this happening are…low.

By all indications, Roethlisberger has every intention of coming back, and I don’t think there is any amount of ‘nudging’ the Steelers can do to get him to retire if he’s not planning on it—perhaps short of hiring Todd Haley again.

Pittsburgh already made one quarterback move this offseason, of course, signing Dwayne Haskins to a reserve/future contract. Haskins was a former first-round draft pick of the Washington Football Team a couple of years ago, but was let go at the end of this past season and was a street free agent.