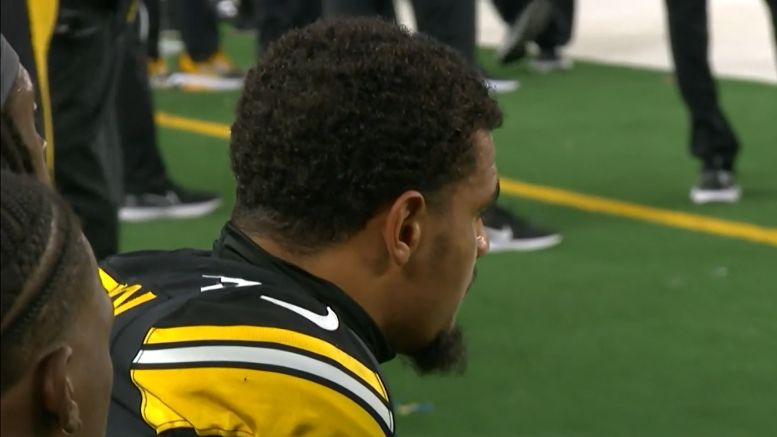 The Pittsburgh Steelers thought this year would be different. They had the talent on both sides of the ball for the first time in a long time, and it was time for them to make a run at a Super Bowl trophy. They were wrong, of course. While they did finish 12-4 and won the AFC North, they were bounced out of the first round of the playoffs by none other than the Cleveland Browns—who last one of playoff game while Neil O’Donnell was still in Pittsburgh.

Minkah Fitzpatrick wasn’t even born the last time that the Browns won a playoffs game, at least until Cleveland actually beat his own Steelers this past Sunday. Now a two-time first-team All-Pro in his first two seasons with the team, he has quickly become a leader and ambassador for the locker room, and he spoke to the media yesterday on the tone of the team in the wake of their—to them—surprising loss.

“It’s very down. I don’t think anybody in the building was expecting to not be still playing around this time of the year”, he said of the tone in the locker room. “We had very high expectations for this team, simply because we held ourselves to a high standard throughout the year. To go out like we did and not finish for the guys who don’t have many years left, or this may have been their last one, it’s very disappointing”.

Fitzpatrick is likely to have many years left in Pittsburgh, of course. He just completed the third year of his rookie contract and is due to have his fifth-year option picked up, under which he is highly unlikely to play, because he will surely receive a lucrative extension before then.

But for guys like Joe Haden and Cameron Heyward and Vince Williams and Tyson Alualu, to stick with the defensive side of the ball, he knows that time is ticking. You only get so many years from a physical perspective to play this game.

“Myself personally, I try not to get too emotional about it or too low about it, because it is a part of the game”, Fitzpatrick said, “but a loss like that is very hard to deal with and it does sting. You kind of hang low for a little bit, but you’ve still got to learn from it”.

The Steelers had better learn from it, because if they have another postseason embarrassment like that, then some bigger heads than we’ve already seen will be rolling the next time around.