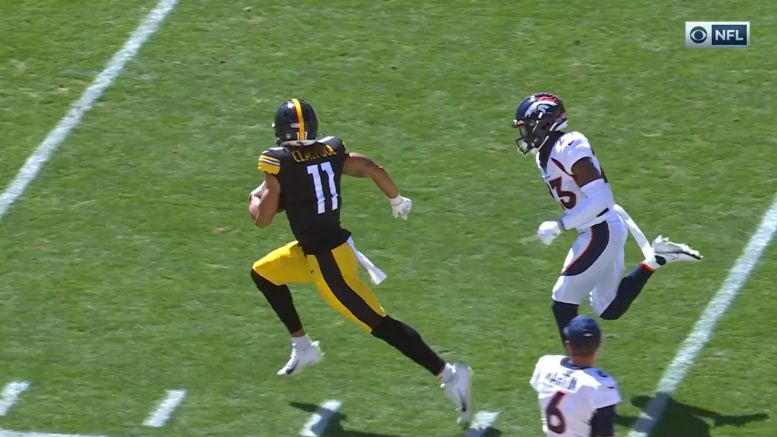 While there is a lot of angst regarding the current trajectory of the Pittsburgh Steelers as a whole, there is perhaps one area in which fans can take solace. The nucleus of the franchise is drafting well, and they had a pretty strong draft class in 2020, despite a limited number of selections and no pick in the first round.

They may not have had any of their rookies named to the Pro Bowl or similar post-season accolades, but second-round wide receiver Chase Claypool, third-round edge rusher Alex Highsmith, and fourth-round guard Kevin Dotson all started several games this past season and contributed at a high level.

They also got contributed from each of their three other draft selections in fourth-round running back Anthony McFarland, sixth-round safety Antoine Brooks, and seventh-round defensive tackle Carlos Davis. As a bonus, undrafted rookie cornerback James Pierre was a factor as well, and even played meaningful snaps on defense in the postseason.

“I’ll say this. I was really pleased with the contributions and the level of maturity displayed by our draft class, given the circumstances of how they came into the season”, head coach Mike Tomlin said of his rookies during his end-of-season press conference a short time ago.

“To get the type of contributions that we got from a Chase Claypool or a Kevin Dotson, and the growth and development of some of the others over the course of the season, it’s a tip of the cap to them and the people that worked alongside them, coaches, and not only the coaches, the older players that mentored them”, he continued.

“I was generally pleased with that, and I’m excited about getting them in an offseason program that may be more normal, and it’s reasonable to expect those contributions to continue to solidify and get better”.

Nobody had a normal offseason this year, of course. While they were able to get in some scouting landmarks, notably the Combine, almost nobody had a Pro Day, and there was no in-person offseason program in 2020 due to the Covid-19 pandemic. Players’ first encounters with their coaches in-person came when they arrived at training camp in July.

On top of that, they had no preseason, either, as the entire slate of exhibition games was scrubbed. So the rookies of this year were dealt a shorter hand than any class in recent memory. Yet there were a number of rookies throughout the league who played at a high level in spite of the obstacles. The Steelers’ rookie class was no exception, but now it’s on them to build and continue to grow from where they started this past year.