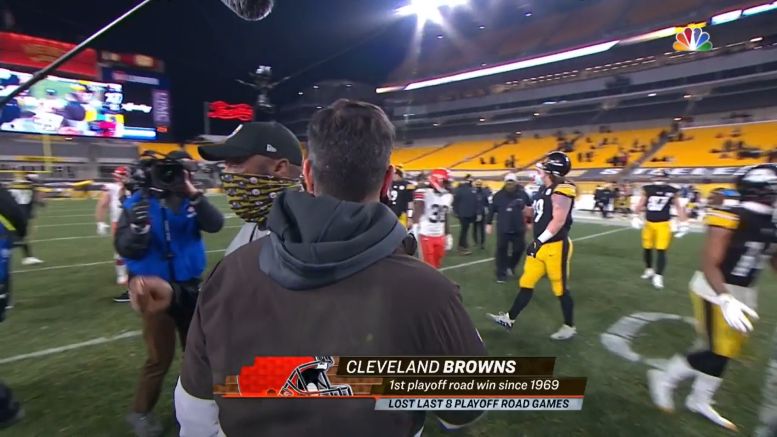 It sometimes feels that with each passing year, the feelings of Pittsburgh Steelers head coach Mike Tomlin and of the fans of the team diverge more and more. They have now gone four years without winning a postseason game, the longest stretch for the organization since the beginning of the Super Bowl era, Tomlin once again holding a post-season press conference in the first half of January.

Where the two parties really divide seems to be with expectations. Not a lot of Steelers fans, apparently, are surprised by the fact that they had an unceremonious exit. The head coach, on the other than, was obviously not ready for this.

“In regards to the ball, still experiencing the disappointment associated with our last performance”, he told reporters yesterday. “It’s just tough to swallow, it’s tough to accept. Coming to grips with that, assessing what transpired. Going through or starting the process of going through the normal things you do unfortunately at this time of year, I start first and foremost saying obviously I didn’t anticipate being here in this position. Disappointed by it”.

I’m sure we can all echo the disappointment, but perhaps not the lack of anticipation. After all, even though they got off to an 11-0 start to the season, they had not been playing very good football for the better part of the past two months.

Part of it is because he’s in the process, while we’re observing it. His focus is on figuring out how to win games and putting together a plan to do that, while we as observers sit there wondering how his team is going to disappoint…or at least many of us appear to.

But unfortunately, regardless of how we got here, here we are again. Another year of disappointments, not even just with the failure to win a championship, which is always an exceedingly rare prospect, but with simply not achieving as much as the perceived talent on the squad should be capable of achieving.

So what comes next? There will be necessary personnel changes simply because of the realties of the salary cap, but that will not necessarily be to the benefit of the team in the sense of improving their prospects of winning games.

What about the coordinator positions? Will we see changes made there at any point? It has been suggested that Tomlin has been calling much of if not the majority of the defensive calls for at least the majority of the past year, if not longer, so a change at defensive coordinator might not make much of a difference, but the offensive side of the ball is another story.