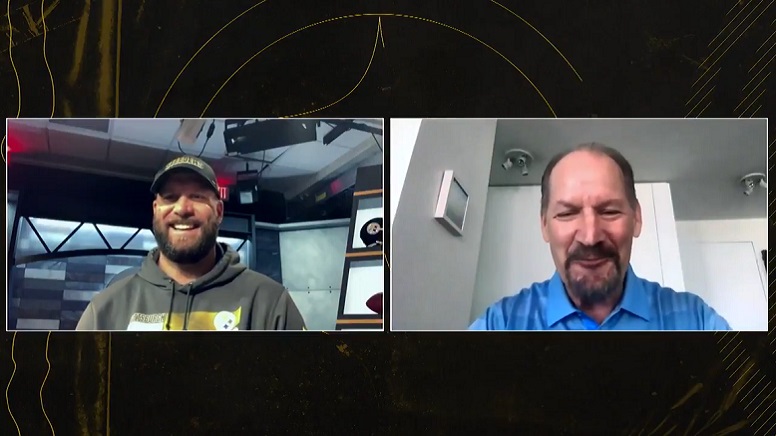 On the surface, it certainly seems like Pittsburgh Steelers quarterback Ben Roethlisberger will be back in 2021 top play an 18th season with the team. With that said, many wonder if that’s the right decision for both him and the Steelers. Roethlisberger’s first NFL head coach, Bill Cowher, was asked to comment on his former quarterback’s 2021 situation during a Wednesday interview on The Zach Gelb Show on CBS Sports Radio and specifically if he thinks the Steelers should want their veteran signal caller back and if he thinks the soon-to-be 39tear old still has some good football left in him.

“Yeah, I mean, in the right situation, right? I mean, I think Ben has done so much for the team in the time he’s been there and so I think all these things they’re going to have to sit down and talk about,” Cowher said on Wednesday. “Certainly there will be cap ramifications and see where they are. I mean, Maurkice Pouncey, is he going to be tied into that whole thing? So, there’s a lot of questions that need to be answered.

“I think the ultimate goal here is to give it some time to just kind of walk away from it. I always think it’s really important to take at least a week or two weeks off after a season because it’s too emotional of a season. You throw everything into it and when it ends the way a lot of times you don’t expect it to end, then you really need to sit back and make sure that you say things objectively, not subjectively when you get caught up in the emotions of the moment. So, I think that they will all do that and sit down and see what the course of action is and there’ll be a lot of conversations being had. So, I think when it is all said and done, they’ll come out of it all on the same page and they’ll move forward.”

Overall, Cowher really didn’t answer the questions asked of him. Instead, he mostly went over the process that the Steelers and Roethlisberger should go through to decide if at least one more season together can be beneficial both parties. After all, Roethlisberger should only come back, and the Steelers should only want him back if both sides feel it gives the team a good shot at winning another Super Bowl in 2021.

So, does Cowher think Roethlisberger still has enough good football left in him to guide the Steelers to another Super Bowl championship in 2021?

“Well, I mean, I think Ben can still make plays, there’s no question about it,” Cowher said on Wednesday. “I think he absolutely needs to play. When you watched him during a season, even near the end, he can still throw the football. There’s no question about that. He’s got very young receiving core and there good, too. Diontae Johnson, Chase Claypool, I mean, those are two good receivers. So, yeah, I think they’re going to have to reassess where they are in the running game and what they want to do is schematically.

“Matt Canada has now taken over as coordinator so it will be a different coordinator going on there. So those are the things that happen at the end of every year. Sometimes you have to tinker with things and make change sometimes just for the sake of change. I did that a number of times while I was in Pittsburgh and you know, sometimes it’s just that’s the way you have to do it. It may be a coach, it may be a player, it may be a system that you have a desire to move on from. But he still has a lot of really good players on the defensive of the bal. He’s still got T.J. Watt, Minkah Fitzpatrick. Devin Bush is coming back.”

Parsing that long quote, it certainly sounds like Cowher believes the Steelers can make a run at the Super Bowl in 2021 with Roethlisberger back under center again. More than anything else on Thursday, Cowher made it clear that he doesn’t think the Steelers should just blow everything up right now and star from scratch.

“So, they’re still a team, they’ll just have to kind of retool,” Cowher said. “I don’t think it’s a rebuild.”