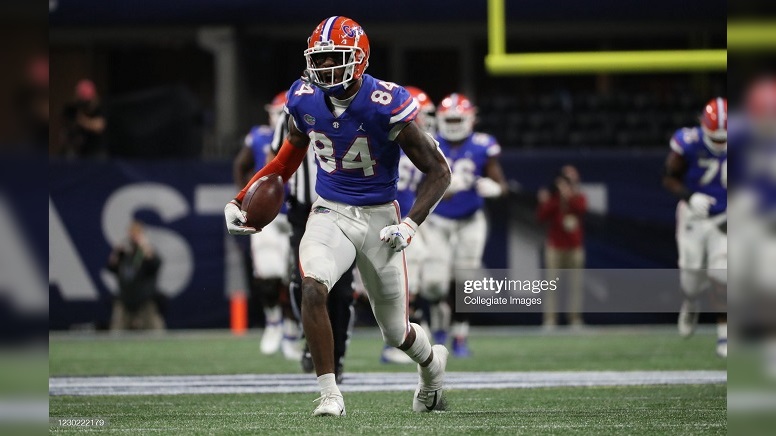 Florida tight end Kyle Pitts is likely going to be a player we’ll be discussing on this site for the next several months and especially with him already declaring for the 2021 NFL Draft as an underclassman last month. Pitts is already being projected as the top tight end in the 2021 draft class by several major media draftniks and with the Pittsburgh Steelers potentially being in the market for one this offseason, you can see why we’ll likely to have a few posts dedicated to the Florida product between now and the end of April. Today, I’ll reveal the full contextualization of Pitts’ 2020 pass targets.

In total, I have Pitts down as being targeted 65 times in total during the 2020 season. Fortunately, I was able to find all but one of those targets. The one I couldn’t locate tape of was an incomplete throw. As you can see in the table of below, every target of Pitts’ from last season has been contextualized to show specific data such as down, distance, pass distance, yards after the catch and area of the field the target occurred in. Where applicable, a link to the specific play is provided for viewing.

So, what does the contextualized target data tell us about Pitts’ 2020 season?

For starters, Pitts’ average intended target distance was an eye-popping 13.6 yards on the 64 plays that I could contextualize. He also posted an average air yards per reception distance of 12.1 yards on his 43 total catches in 2020. That stat is quite impressive as many wide receivers in this year’s draft class aren’t likely to have a completed air yard distance average that high and especially on more than 40 receptions.

Additionally, 16 of the 43 catches that Pitts had last season that I contextualized happened 15 more yards past the original line of scrimmage. Pitts’ average yards gained after the catch in 2020 was 6.3 yards with seven receptions coming in the end zone for touchdowns and thus no chance for YAC on those. That’s a great YAC number.

Another thing to point out that was remarkable about Pitts’ 2020 targets is that he did have a drop that I observed on his 64 total targets I could watch and contextualize. That’s quite impressive just like the rest of his target tape was.

In totality, Pitts posted a very nice target reel in 2020 and within it you’ll see quite a few nice catches down the field and in the middle of the hash marks as well. He has a great big catch radius and made a few contested catches worth checking out.

While the rest of Pitts’ college tape needs dissecting to see how his overall route running and blocking was, it’s hard to imagine him not being a first-round selection in the 2021 NFL Draft and thus not one of the top two tight ends selected. He’s a great pass catching tight end in a wide receiver-ish body as he exits college for the NFL. He might not be the best all-around tight end in this year’s draft class but he’s certainly more of a finished and more reliable product than current Steelers tight end Eric Ebron was when he was a first-round selection way back in 2014.

Enjoy this 2020 contextualization of Pitts’ targets to get a quick feel for him. Moving forward, one of us on the site will take a deeper dive into other areas of his overall game such as pass and run blocking.