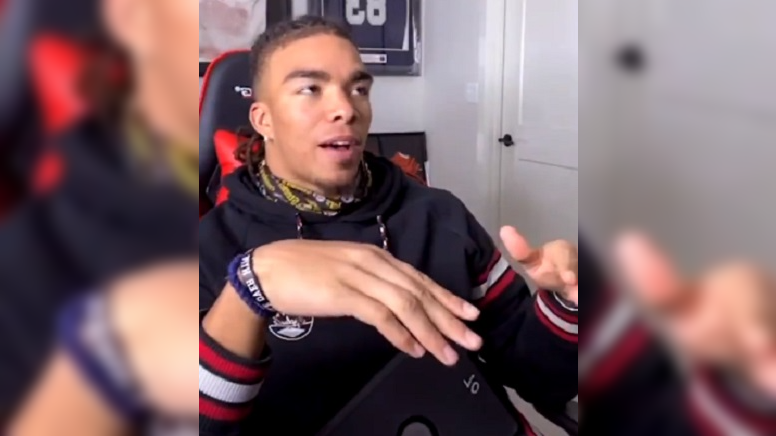 If JuJu Smith-Schuster has played his last play for the Pittsburgh Steelers, then he will have done so arguably at the low point of his popularity, or at least likeability. The four-year veteran drew heat a number of times during the course of the 2020 season, the latest being his statement that “the Browns is the Browns”, which the Cleveland Browns latched on to.

A number of Browns players ripped into and mocked Smith-Schuster heavily on social media after beating the Steelers last night, some of them using derogatory language in doing so. He had also previously been the subject of criticism for pre-game dances at center field, even from players on teams whom they did not play.

While Smith-Schuster’s quote about the Browns was decontextualized and promulgated throughout the sports media, it’s reasonable that the Browns themselves fixated on that as motivation, even if they did not interpret it the way it was spoken. Others have less of an excuse, particularly ‘the media’, with whom Chase Claypool was not happy, as he tried to explain his teammate’s words on TikTok earlier today.

“JuJu’s interview—the media is like the worst. That’s why I hate doing interviews with media because they twist your words”, he said. “I’m pretty sure the saying is ‘nameless, gray faces’. I thought it was great the whole time that Coach Tomlin was saying it”.

“What JuJu was saying in his interview, he was saying that the Browns are still the Browns that we have to go and face every time we play them, and we still have to play them with the same level of respect that we would whether they’re 0-16 or they’re 16-0”, he went on.

Smith-Schuster was asked if he felt that this Browns team was different from the ones that he had faced in the past, including the 6-10 and 7-8-1 teams of the previous two seasons. He invoked the Tomlinism of ‘nameless, gray faces’ in his response.

“He was saying that the Browns are still the Browns. There’s nothing different about them, we still play them. That’s why he said nameless, gray faces, because it doesn’t matter who you are, you have to play them the same”, Claypool said.

To say that the Browns are different implies that they did not deserve as much respect and attention previously, which is something that a competitor should never say. That appears to be the spirit in which Smith-Schuster was speaking, but that’s not how it was interpreted, and is one of the reasons many players, perhaps particularly younger players, feel the way they do about sports journalists.

“That’s why I don’t mess with the media, because if anyone in here actually listened to his whole interview, it was a good interview answer”, Claypool said. “He was just saying the Browns are the Browns, they’re a great team, there’s nothing different about them”.