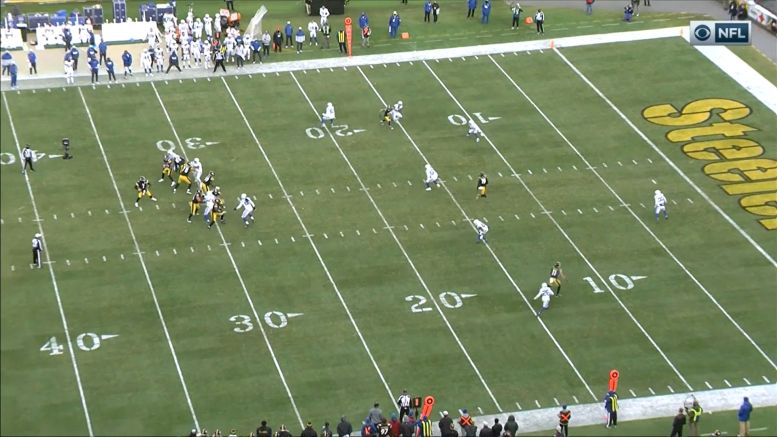 Topic Statement: There will be positive carryover in the success of the deep passing game into the postseason from the last two games of the regular season.

Explanation: Ben Roethlisberger found success on deep passes in his final game of the regular season last week. While he is not supposed to be playing in the playoffs, Mason Rudolph also hit on a number of deep passes yesterday against the Browns. This was an area of weakness for most of the year that has shown signs of improvement in recent weeks.

While the Steelers have had a lot of deep ball attempts this year, one could argue that they were not used the way most deep ball teams do. There were go routes, of course, looking for the home run ball, but also a lot of throws without YAC potential.

That is until recent weeks, where the situations in which the deep balls have come and the success that they have had with them has change for the positive. It’s obviously more encouraging to see Roethlisberger find success, but yesterday was also valuable as well.

Every pass attempt is a two-man job, and receivers have to make their plays. Diontae Johnson and Chase Claypool both did that for Rudolph, so they can do it for Roethlisberger as well.

One thing that had never been an issue was deep ball attempts. The Steelers were among the very top of league leaders in terms of the number of times that they attempted to throw the ball down the field, even excluding the success that they did have in drawing penalties, so it was never about a desire to throw long.

That means it’s a question of whether or not the past two games’ difference in the success of the deep ball will be sustainable. You can throw out Rudolph’s passes, because he won’t be throwing. So it comes down to Roethlisberger’s success, and that’s harder to get behind given the season-long body of work.

They will also be playing a Browns secondary that may actually be at full strength after missing four starters yesterday. Three were on the Reserve/Covid-19 List, while Greedy Williams, who hasn’t played all year, indicated that he could potentially return for the postseason.